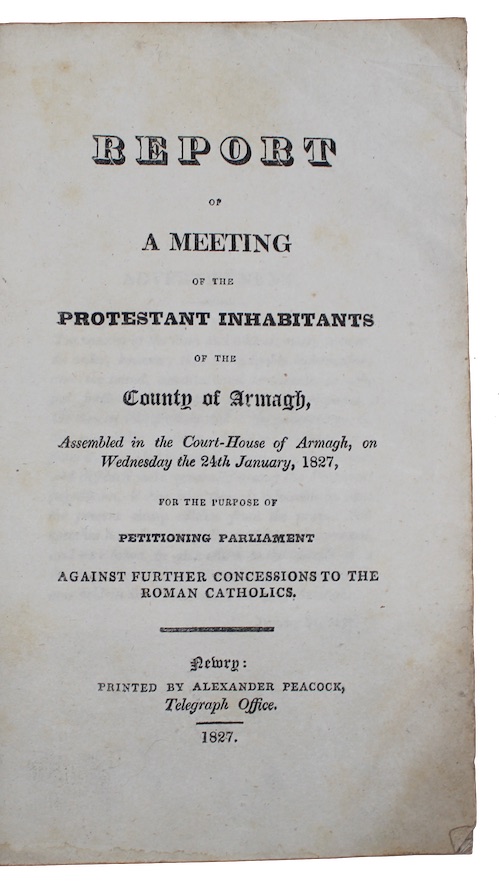 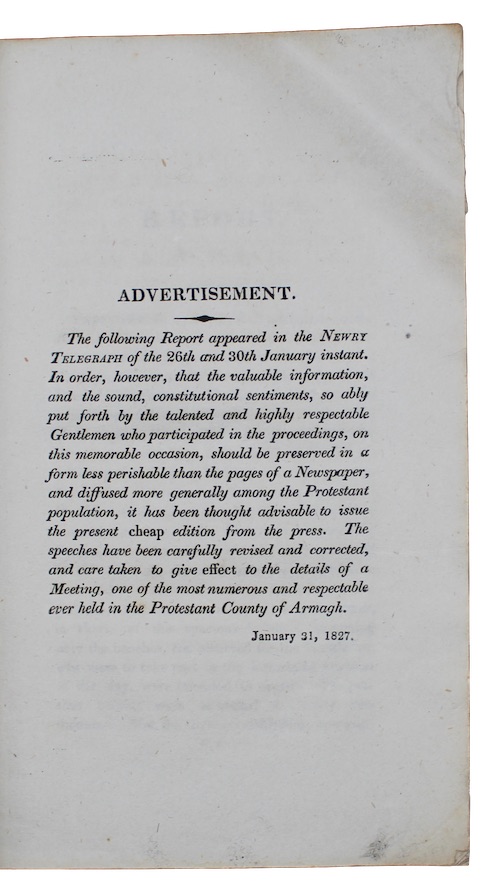 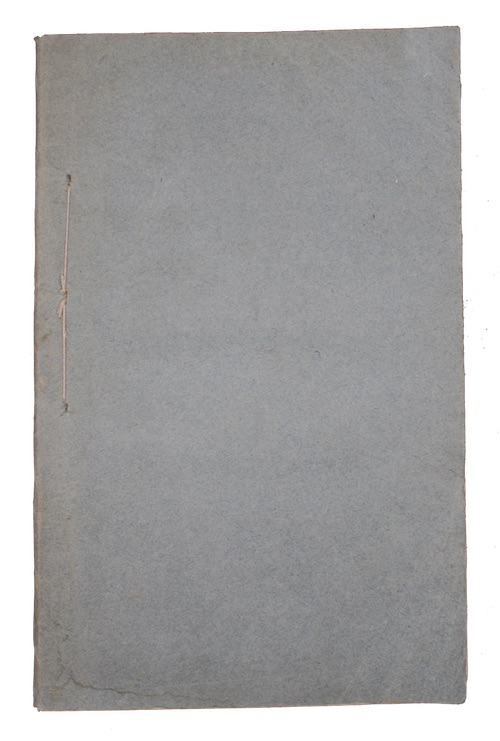 PROTESTING AGAINST CONCESSIONS TO IRISH CATHOLICS

[ARMAGH]. Report of a meeting of the protestant inhabitants of the County of Armagh, Assembled in the Court-House of Armagh, on Wednesday the 24th January, 1827, for the purpose of petitioning parliament against further concessions to the roman catholics.

Newry. Printed by Alexander Peacock, Telegraph Office, 1827.
Call us Email us
12mo in 6s. 60pp. Stitched within original blue paper wrappers. Slightly rubbed, wrappers and title a trifle marked, else a crisp copy in the original state.
A rare provincially printed account of a meeting of Irish protestants in the neoclassical- style Francis Johnston-designed Armagh Court-House. As the introductory advertisement notes, this report, a Protestant response to early efforts towards Irish Catholic emancipation, and the influence of the Roman Catholic church, first 'appeared in the Newry Telegraph of the 26th and 30th January', but was presented here 'carefully revised and corrected, and care taken to give effect to the details of a Meeting, one of the most numerous and respectable ever held in the Protestant County of Armagh'. Shining a light on the concern of Protestant communities in what was later to become Northern Ireland, the account of an evidently rambunctious meeting, with frequent notes of 'great laughter', 'cheers' and 'hear, hear' interspersed between speeches, concludes by printing ten 'unanimously' supported resolutions aimed at limiting the influence of Roman Catholics within the state and society.