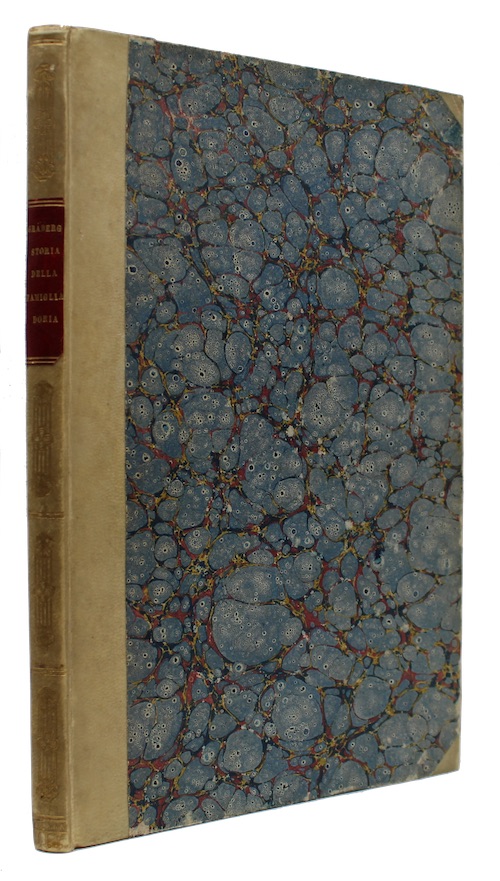 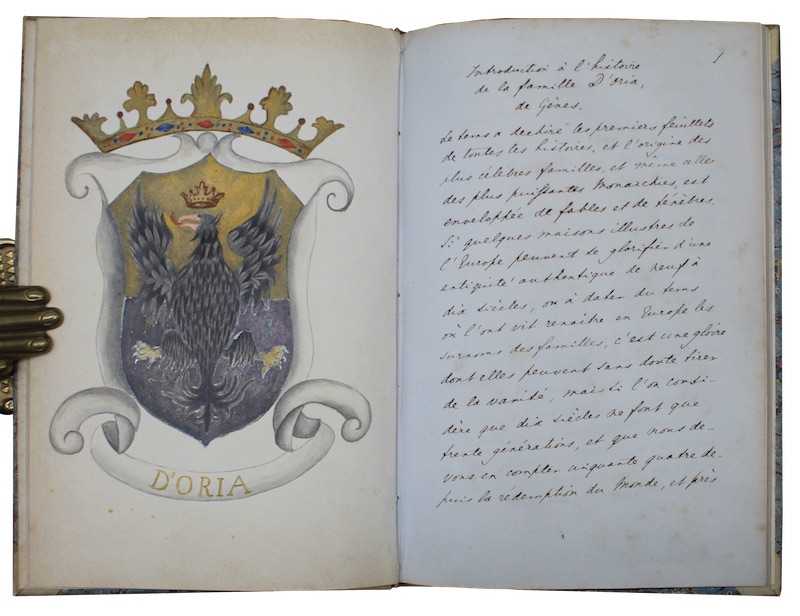 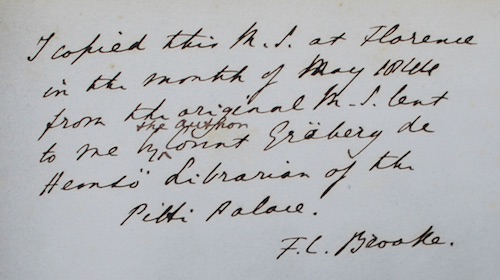 From the library of the major scholar F. C. Brooke (1810-1896) of Ufford, Suffolk. His manuscript note on the first blank reads: ‘I copied this M.S. at Florence in the month of May 1844 from the original M.S. lent to me by the author Count Gräberg de Hemsö librarian of the Pitti Palace. F.C. Brooke.’ An important book collector, Brooke lived in Florence and was part of an intellectual circle of British bibliophiles including Lord Vernon. The Swedish count Jacob Gråberg (1776-1847) was a scholar, who, after a career aboard mercantile ships and those of the British navy, ended up as librarian at Palazzo Pitti in Florence. He was the author of works on philology, mineralogy, geography and statistics.

The manuscript, the text of which appears to be unpublished, was written by Gråberg using archival documents he found in Genoa (e.g., Caleagnino’s ‘Memorie di Casa D’Oria’, Adam de Montaldo), unavailable elsewhere, or printed sources (e.g., Scoppius’s work on the origins of major European families). Prefaced by a beautifully drawn, hand-coloured coat of arms, it is a history of the D’Oria (also Doria or De Auria), a major Genoese family. It provides an ‘exact genealogy’ of the family, so as to defy the widespread early modern fashion of devising mythological or pseudo-historical ancestors to ground a family’s origins in an immemorial (and more prestigious) past. The text, entitled ‘Première Partie’, spans the years 941 and 1300, with mentions of other Genoese families and personalities like Orietta D’Oria.

Other than the original, which Brooke references, we have not traced any other copies of this manuscript in institutional libraries.
£ 950.00 Antiquates Ref: 22439
This site uses cookies.Find out more.