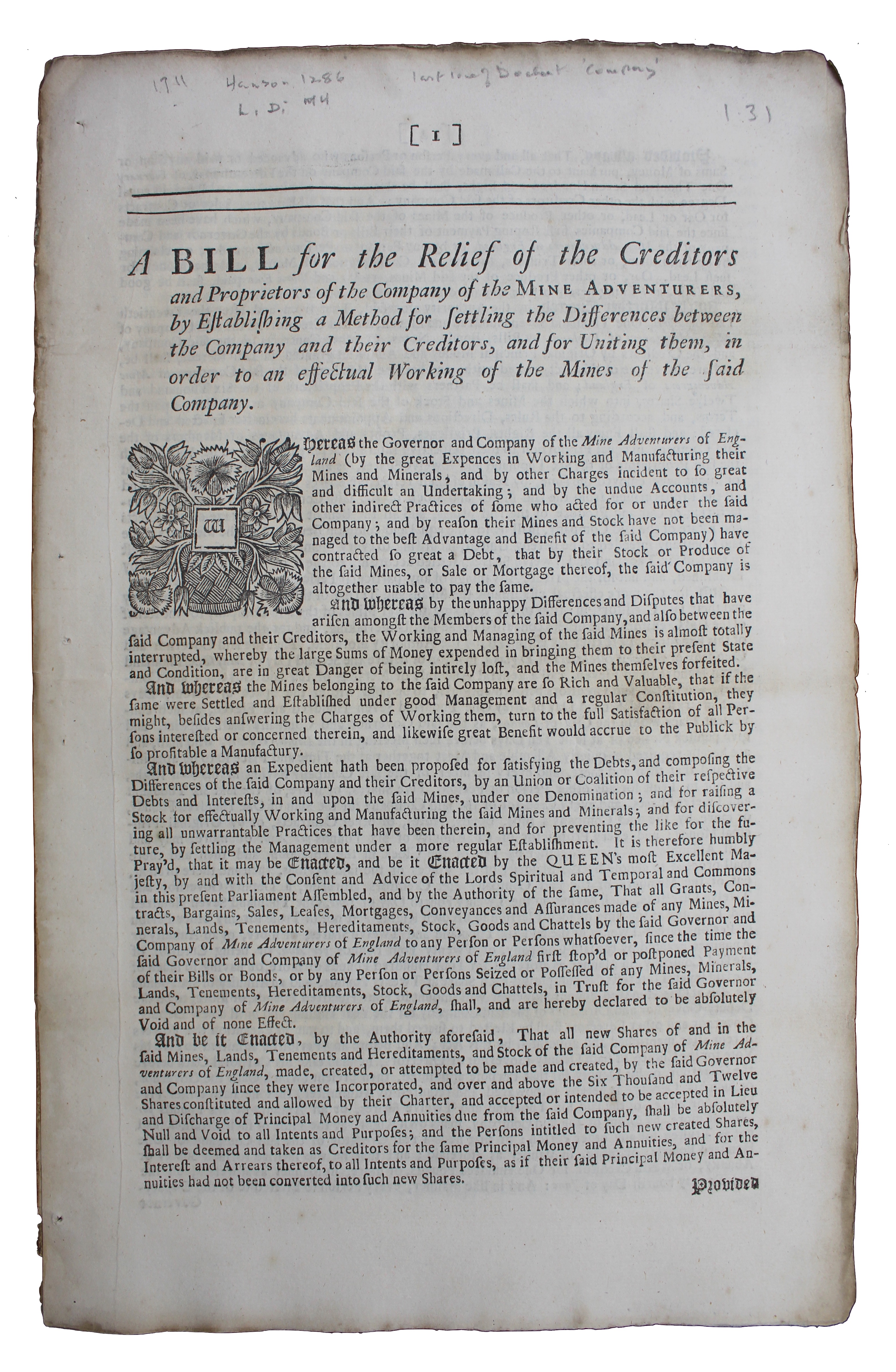 [GREAT BRITAIN. PARLIAMENT]. [Drop-head title:] A bill for the Relief of the Creditors and Proprietors of the Company of Mine Adventurers, by Establishing a Method for Settling the Differences between the Company and their Creditors, and for Uniting them, in order to an effectual Working of the Mines of the said Company.

[London]. [s.n.], [1711].
Call us Email us
Folio. 8pp. Docket title to verso of final leaf. Disbound, stab-stitch holes to gutter, old folds, a trifle browned.
A rare survival of an early example of commercial Parliamentary lobbying literature, published for distribution to Members of Parliament in order to influence opinion in the run up to debates and divisions, proposing debt relief for the Company of Mine Adventurers. A joint-stock company founded to exploit rich mineral deposits and revive the fortunes of the mining industry in the Neath region of South Wales, the Mine Adventurers where granted a Royal Charter in 1703, however extravagant claims surrounding the size and quality of the deposits were not realised and the company soon faced financial difficulties. Charges of fraud were levelled and the Company collapsed, declaring bankruptcy in 1709.

ESTC records copies at three locations in the British Isles (BL, Literary and Philosophical Society of Newcastle upon Tyne, and NLI), and one further in North America (Harvard).
ESTC T84779.
£ 250.00 Antiquates Ref: 22459
This site uses cookies.Find out more.