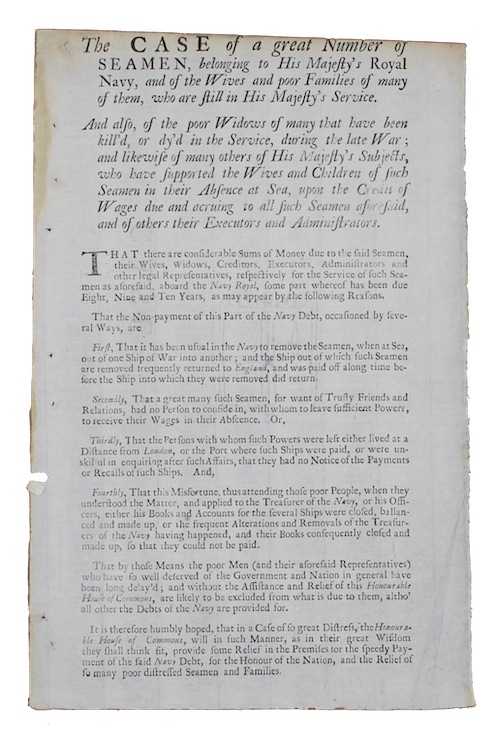 [ROYAL NAVY]. [Drop-head title:] The case of a great Number of seamen, belonging to His Majesty's Royal Navy, and of the Wives and poor Families of many of them, who are still in His Majesty's Service...

[London]. [s.n.], [1718?].
Call us Email us
Folio. Single sheet. Docket title printed to verso. Stab-stitch holes and remains of binding to gutter. A trifle creased and browned.
A remarkably rare survival of an early (and frustratingly undated) example of Parliamentary lobbying literature highlighting the 'considerable sums of money' owed to serving seamen of the Royal Navy and the widows of those sailors killed during the 'late war', presumably the War of the Spanish Succession.