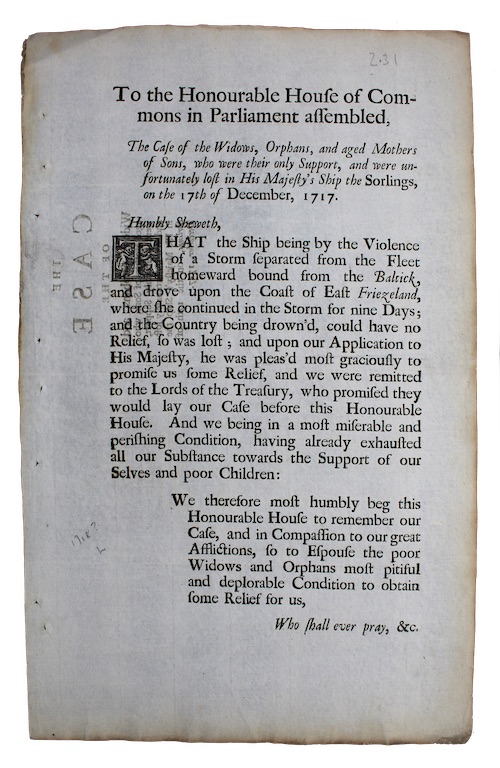 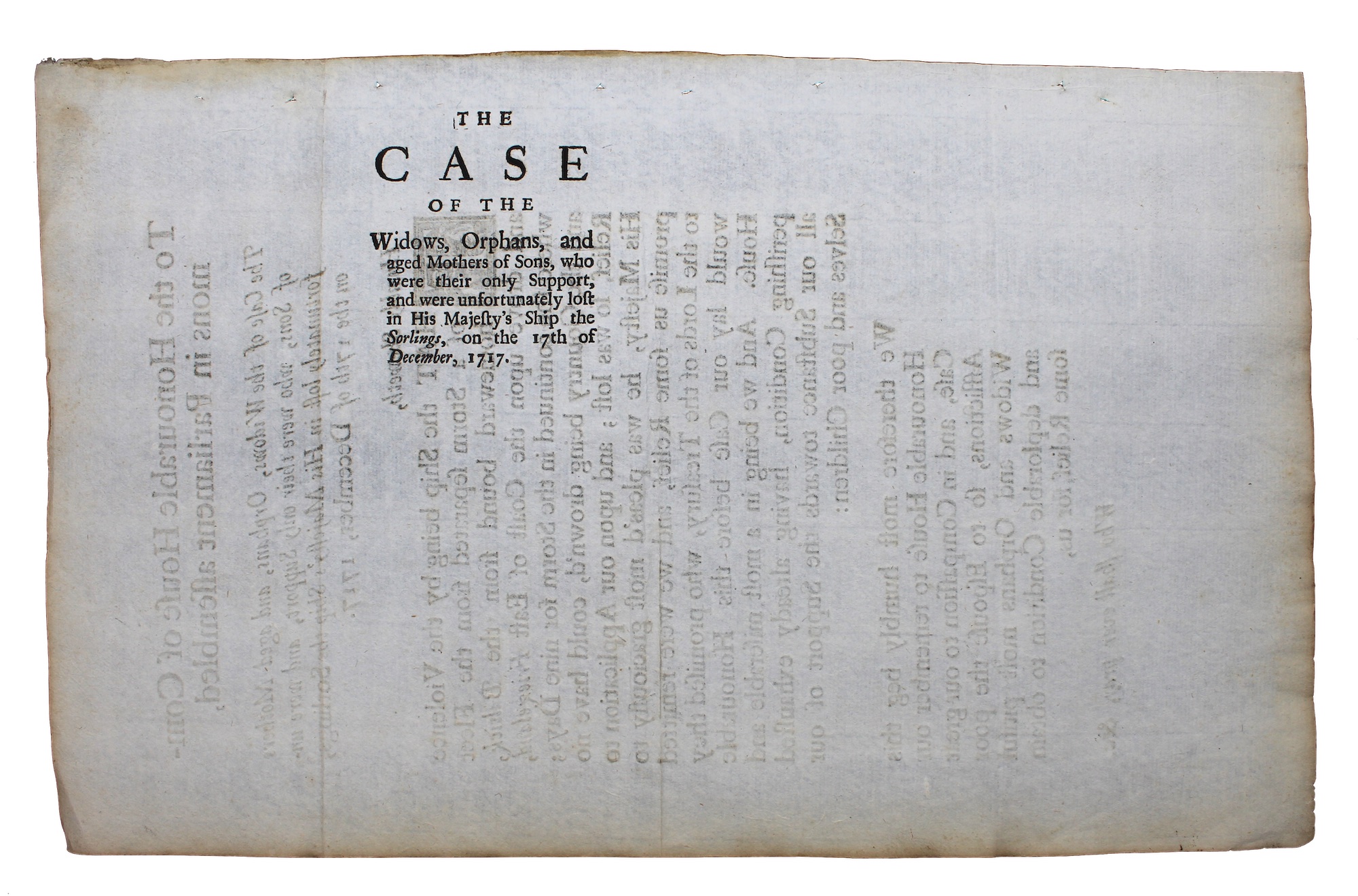 [HMS SORLINGS]. [Drop-head title:] To the Honourable House of Commons in Parliament assembled, The Case of the Widows, Orphans, and aged Mothers of Sons, who were their only Support, and were unfortunately lost in His Majesty's Ship the Sorlings, on the 17th of December, 1717.

[s.l, London?]. [s.n., s.d., c.1718?]
Call us Email us
Folio. Single leaf broadside, with docket title to verso. Stab-stitch holes to gutter, old folds, slight browning to extremities.
A rare survival of an early example of parliamentary lobbying literature, produced in small quantities in advance of debates in order to influence opinion of Members of Parliament, issued in an effort to 'Espouse the poor Widows and Orphans most pitiful and deplorable Condition to obtain some Relief for us' in the wake of the fifth rate Frigate HMS Sorlings' running aground on the coast of Freisland in December 1717.