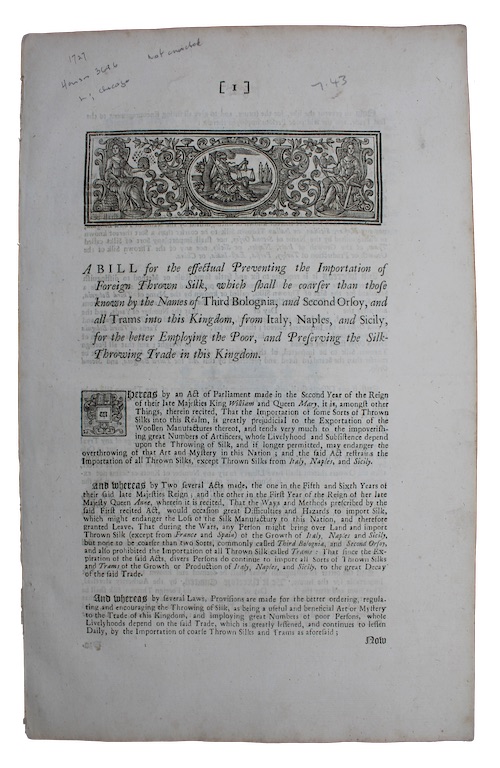 [GREAT BRITAIN. PARLIAMENT]. [Drop-head title:] A bill for the effectual Preventing the Importation of Foreign Thrown Silk, which shall be coarser than those known by the Names of Third Bolognia, and Second Orsoy, and all Trams into this Kingdom, from Italy, Naples, and Sicily, for the better Employing the Poor, and Preserving the Silk-Throwing Trade in this Kingdom.

[London]. [s.n.], [1727]. First edition.
Call us Email us
Folio. 3pp, [1]. Docket title printed to verso. Disbound. Old folds.
A rare survival of a Georgian parliamentary bill, never enacted, for preventing the importation of thrown silk from the Italian states 'but what shall have visible Spinning, and be doubled and twisted', and entirely excluding shipments of low quality tram silk (material that is reeled rather than spun).