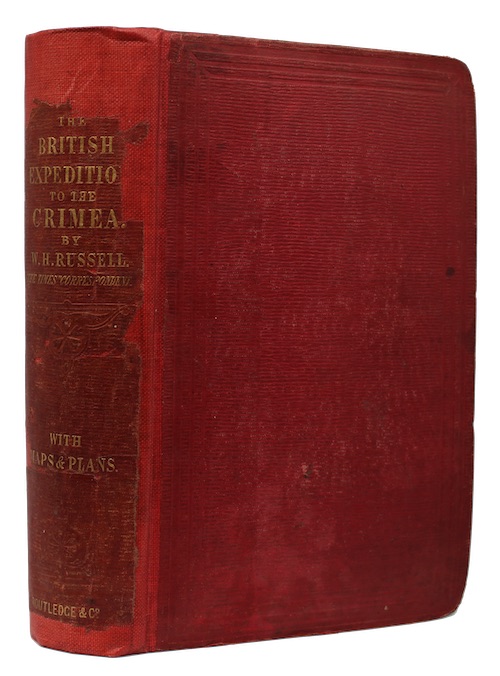 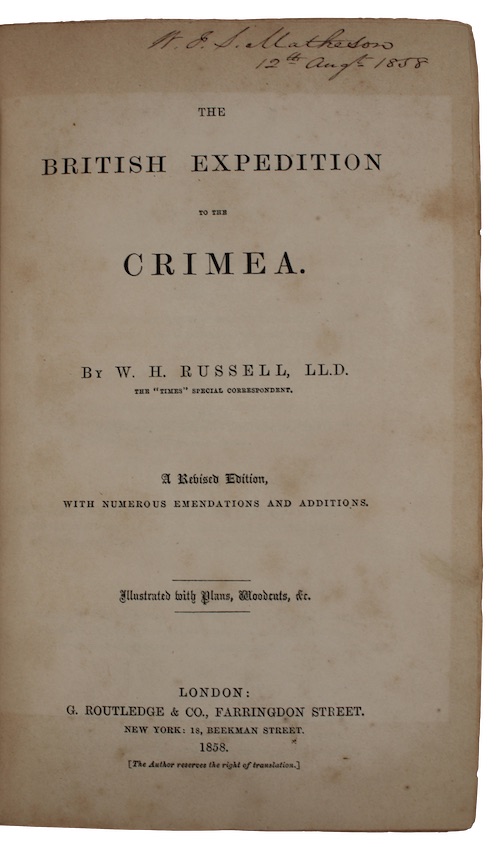 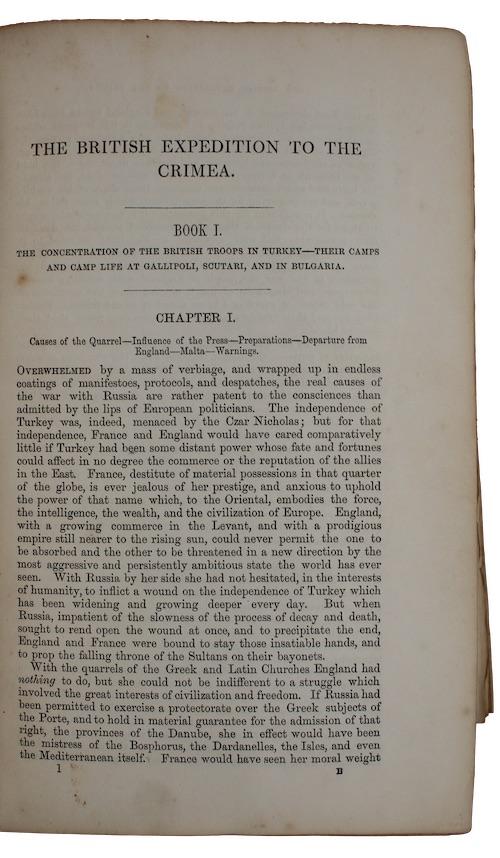 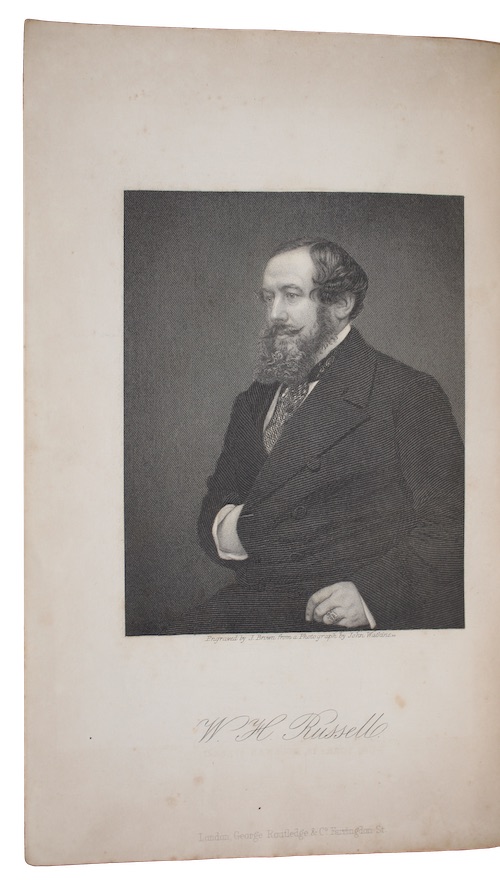 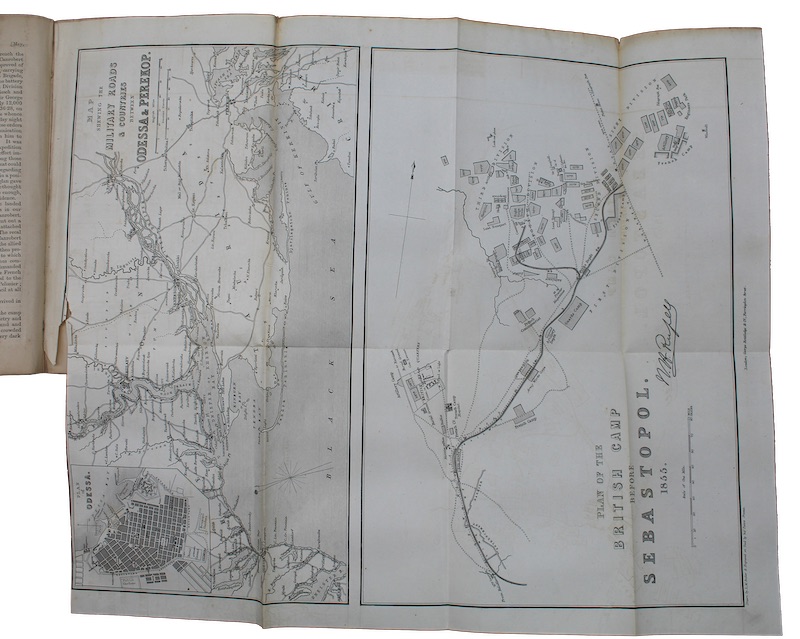 RUSSELL, W[illiam] H[oward]. The british expedition to the crimea.

London. G. Routledge & Co., 1858. Revised edition.
Call us Email us
8vo. vi, [4], 629pp, [3]. With an engraved portrait frontispiece, a further nine engraved plates (several folding), four folding maps and plans housed in rear pocket, and a final leaf of publisher's advertisements. Original publisher's blind-stamped red cloth, lettered in gilt, recently expertly rebacked to style preserving remnant of spine panel. Rubbed and marked. Near contemporary inked ownership inscriptions to FFEP and head of title page, lightly browned, a trifle dusty.
A revised edition, printed in the same year as the first, of journalist William Howard Russell's (1820-1907) account of the Crimean War compiled from dispatches originally published in the Times, including his first-hand experiences of the Siege of Sevastopol and the Battle of Balaklava. Though not the first person to report a war for a newspaper, in the Crimea he established the concept and credibility of the war correspondent and strong public support for the role.
£ 150.00 Antiquates Ref: 22603
This site uses cookies.Find out more.