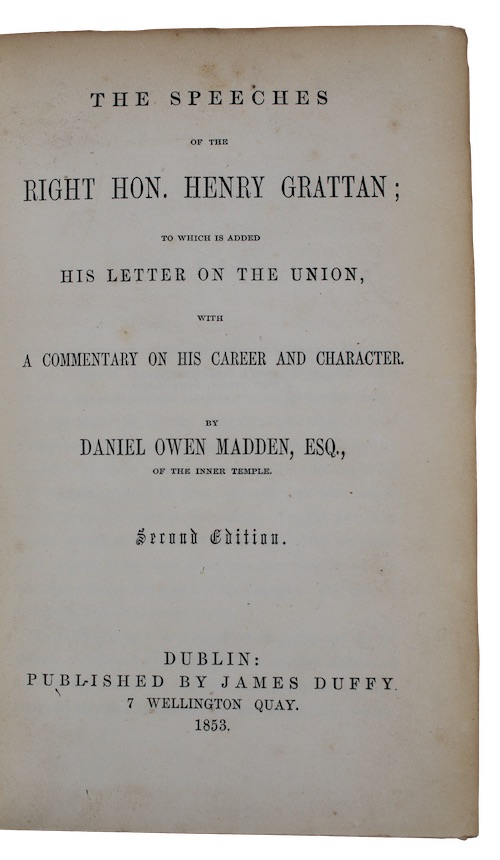 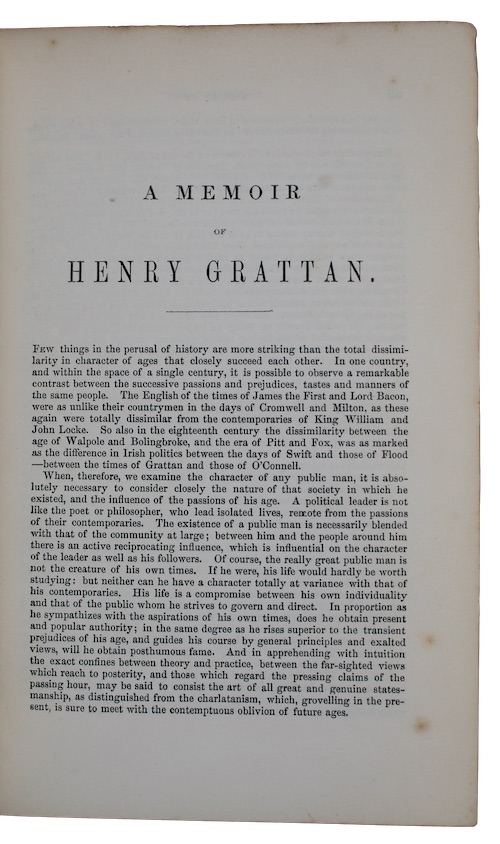 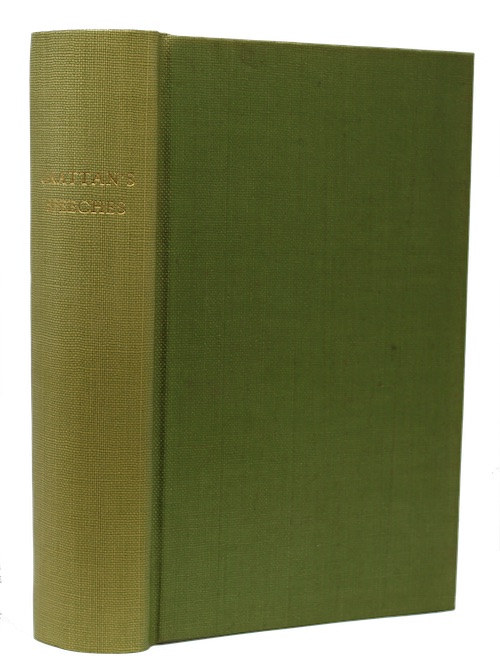 GRATTAN, Henry. The speeches of the right hon. henry grattan; to which is added his letter on the union, with a commentary on his career and character.

Dublin. Published by James Duffy, 1853. Second edition.
Call us Email us
8vo. xxxvi, [1], 38-468pp. Recent green cloth, lettered in gilt. Spine sunned. Lightly toned.
Henry Grattan (1746-1820), Irish nationalist and member of the Irish House of Commons who campaigned for the legislative freedom of the Irish Parliament and opposed the Act of Union of 1800. From early age Grattan honed his natural eloquence through the study of the orators of classical antiquity, thus providing himself with a singular talent for public speaking that would be feted by his contemporaries and galvanise his position as a leading figure in the politics of Ireland - causing whig statesman Charles James Fox to dub him the 'Irish Demosthenes'.
£ 50.00 Antiquates Ref: 22605
This site uses cookies.Find out more.