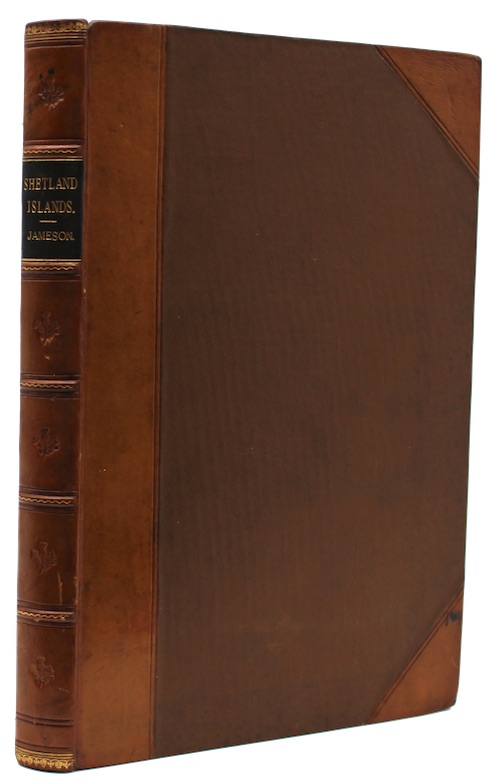 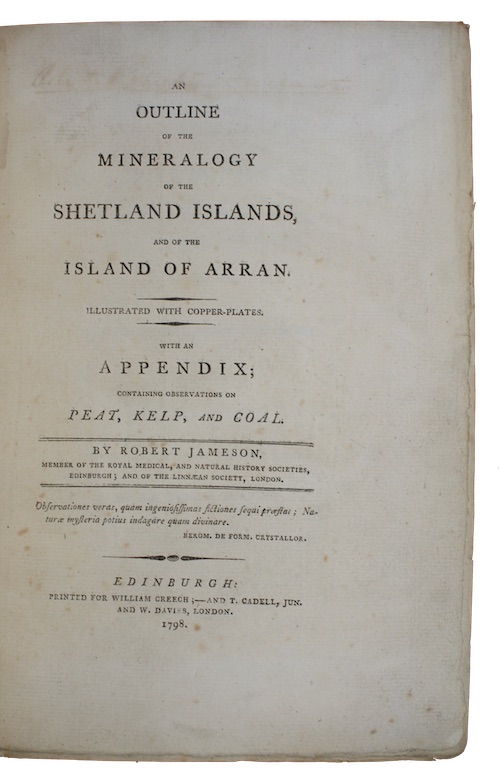 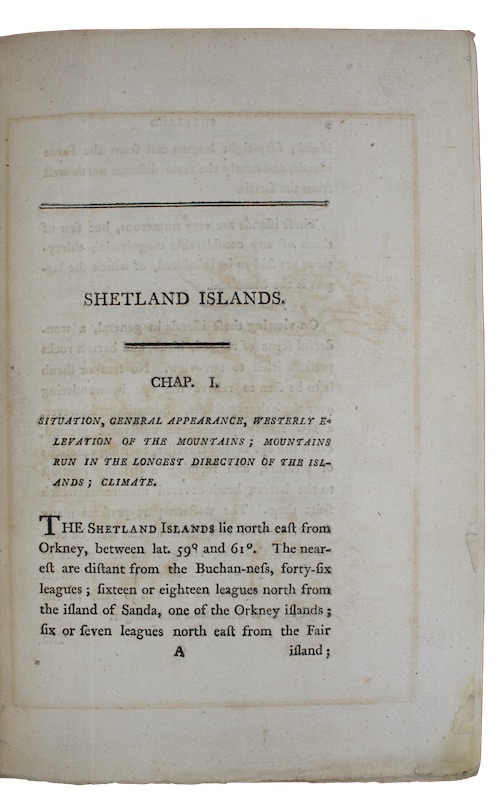 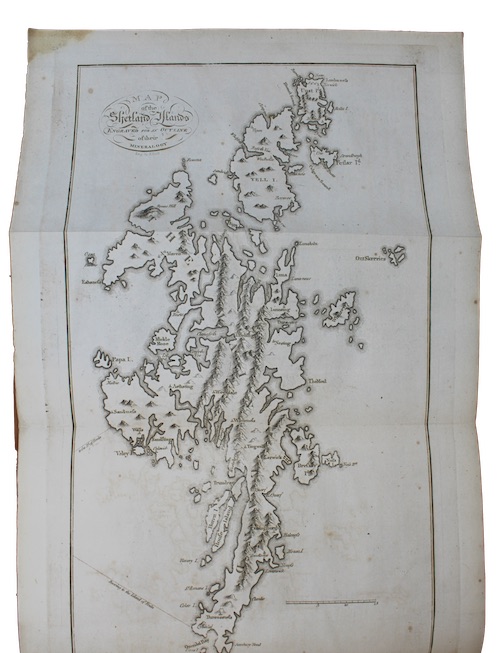 JAMESON, Robert. An outline of the mineralogy of the shetland islands, and of the island of arran. Illustrated with copper-plates. With an appendix; containing observations on peat, kept, and coal.

Edinburgh. Printed for William Creech.., 1798. First edition.
Call us Email us
Quarto. [4], xiv, 202pp. With an engraved folding map (of the Shetland Islands) and three engraved plates on two leaves (one of which a map of Arran). Early twentieth-century half-calf (with a manuscript note 'Re-bound april 1904' inscribed to RFEP), contrasting morocco lettering-piece, gilt. A generously margined copy, with fore-edges and bottom edges uncut. Very slightly marked, slightest of wear to extremities. Spotting to endpapers, and very occasional marginal marking.
The first edition of a detailed mineralogical study of both the Shetland Islands and the Isle of Arran. The first published work of Scottish naturalist and mineralogist Robert Jameson's (1774-1854), and paying particular attention to deposits of coal, peat and kelp, it was based on the assiduous young Edinburgh University student's three month naturalist's tours of his parents' native Shetland Islands (three months in 1794) and Arran (1797) in the forth of Clyde. Detailed in its execution, and in the case of Arran the first published account of the island's geology, the work secured praise from the Edinburgh Review; 'displaying a large share of mineralogical knowledge, obtained under circumstances that rendered its acquisition meritorious, and exhibiting an independence of intellect that renounced the theories amidst which he was educated, and become convinced...that complete mineralogical knowledge is indispensable to every speculator in geology'.

In 1804, aged only 30, Jameson was appointed the Regius Professor of Natural History at Edinburgh, and founded - and presided over - the Wernerian Natural History Society in 1808. In both positions Jameson was encountered by a young Charles Darwin; although apparently bored by his geological lectures, Darwin was nevertheless a frequent attendee of the Wernerian society, where he witnessed John James Audabon, who featured in lectures of 1826 and 1827 - demonstrate a method of displaying birds using wires in order to better record their features.
ESTC T147048.
£ 950.00 Antiquates Ref: 23010
This site uses cookies.Find out more.