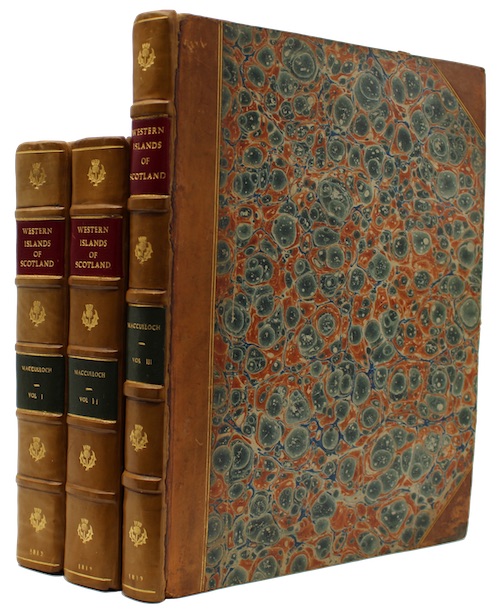 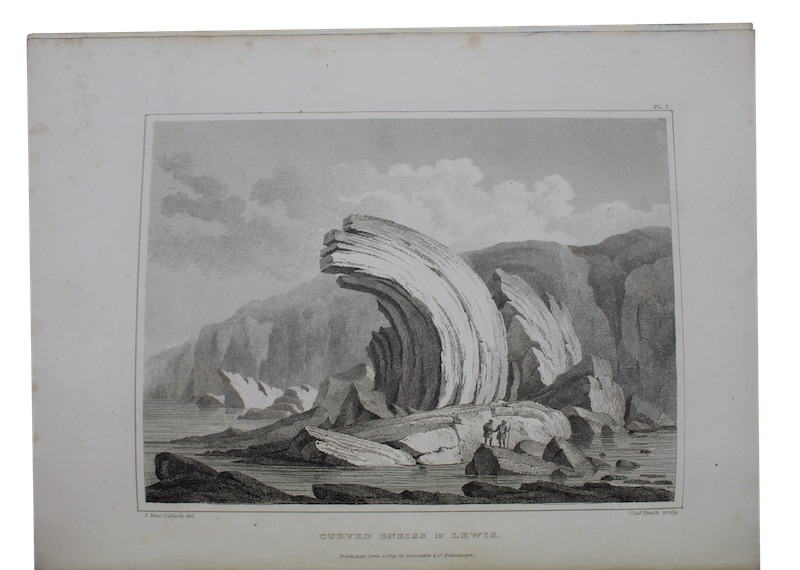 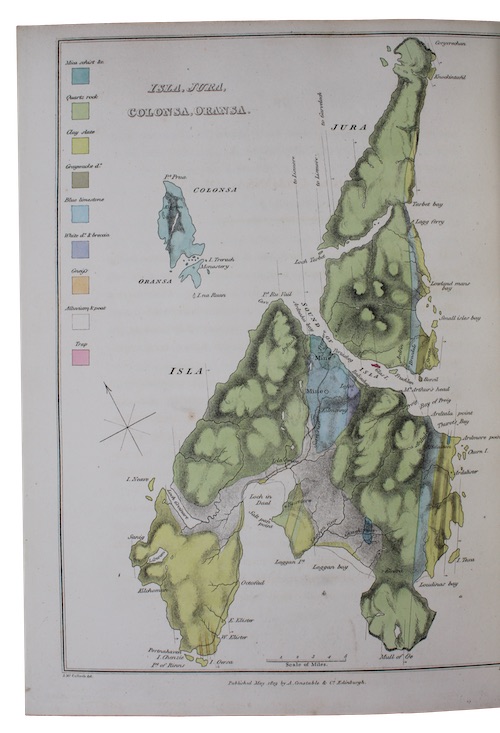 COUNTERING WERNER ONE ISLAND AT A TIME

MACCULLOCH, John. A description of the western islands of scotland, including the isle of man: comprising an account of their geological structure; with remarks on their agriculture, scenery, and antiquities. In three volumes.

London. Printed for Archibald Constable.., 1819. First edition.
Call us Email us
8vo and Quarto. In three volumes. xv, [1], 587, [1]; vii, [1], 589, [1]; [4], 91pp, [1]. Without the terminal advertisement leaf to Vol II, but with 33 engraved plates (one of which hand-coloured) and 10 engraved maps (some folding, all but one hand-coloured), and a manuscript transcription, in an early hand, of William Sotheby's 'Staffa' to blank fly-leaf at the end of the volume of plates. Contemporary tan half-calf, marbled boards. Recently rebacked, with contrasting morocco lettering-pieces, gilt. Endpapers repaired to style. Slightly rubbed to extremities, corners, else a crisp set.
The first edition, complete with the Atlas volume, of Scottish geologist John MacCulloch's most significant work; a pioneering survey of the geology of the Scottish islands, published in the wake of his appointment as geologist to the Trigonometrical Survey and a two year presidency (1816-8) of the Geological Society.

The wide-ranging survey included a large number of islands never examined by geologists, and his detailed 'descriptions of the igneous rocks and the sketches and maps in the accompanying atlas promoted a true understanding of the nature and origin of igneous rocks at a time when the mistaken views of Werner on their origin had not yet been eradicated' (V.A. Eyles, DSB, Vol VIII, p/594).
Dawson p.97.
£ 1,500.00 Antiquates Ref: 23011
This site uses cookies.Find out more.