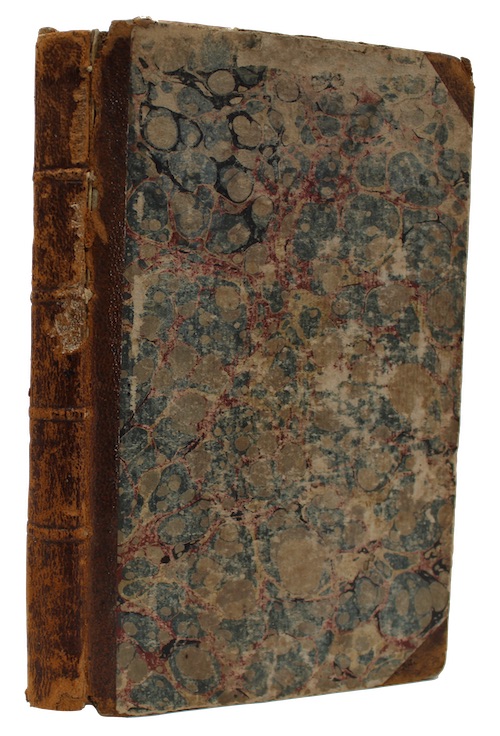 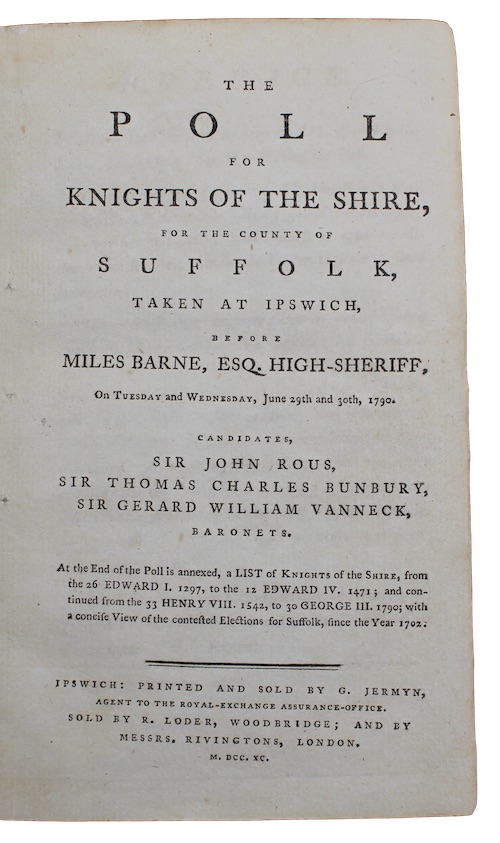 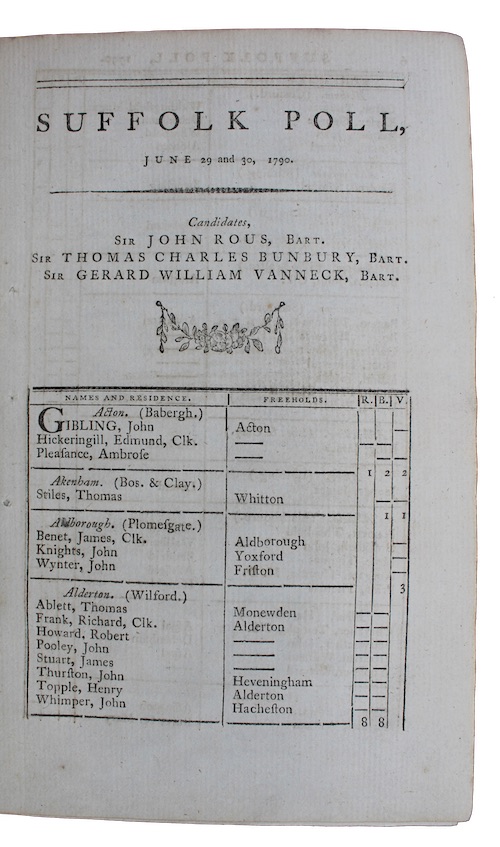 [SUFFOLK POLL BOOK]. The poll for knights of the shire, for the county of suffolk, taken at ipswich...

Ipswich. Printed and sold by G. Jermyn, 1790. First edition.
Call us Email us
8vo. 133pp, [1]. With a final page of publisher's advertisements. Contemporary half-sheep, marbled boards. Extremities worn, joints split, loss to head and foot of spine. Later inked ownership inscription to FFEP, recent book-label of Denis Gray to FEP, lightly spotted.
An Ipswich-printed voting register recording the results of the election held in Suffolk, 29th-30th June 1790 for the county parliamentary seat during the 1790 General election, which saw sitting Prime Minister Pitt the Younger secure an overwhelming majority. Former Member of Parliament and High Sheriff Sir Charles Bunbury (1740-1821), a loyal ally of Charles James Fox, was ultimately victorious. The poll is appended by a list of all Knights of the Shire appointed since the reign of Edward I, and 'a concise view of the contested elections for Suffolk, since the year 1702'.