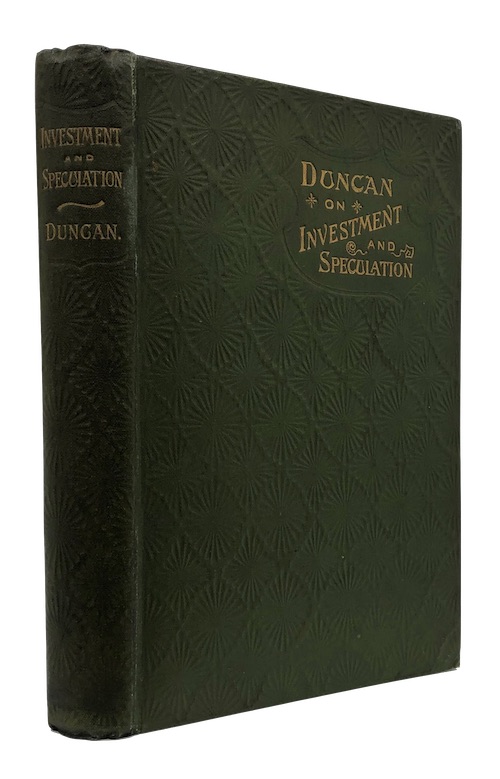 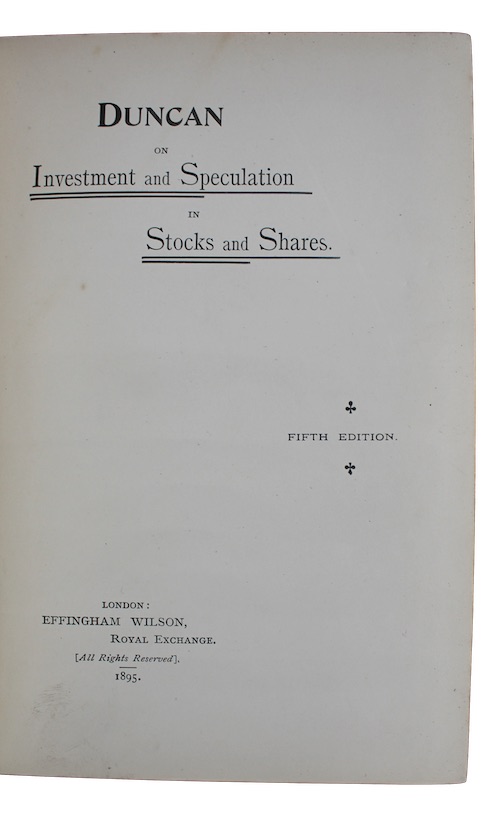 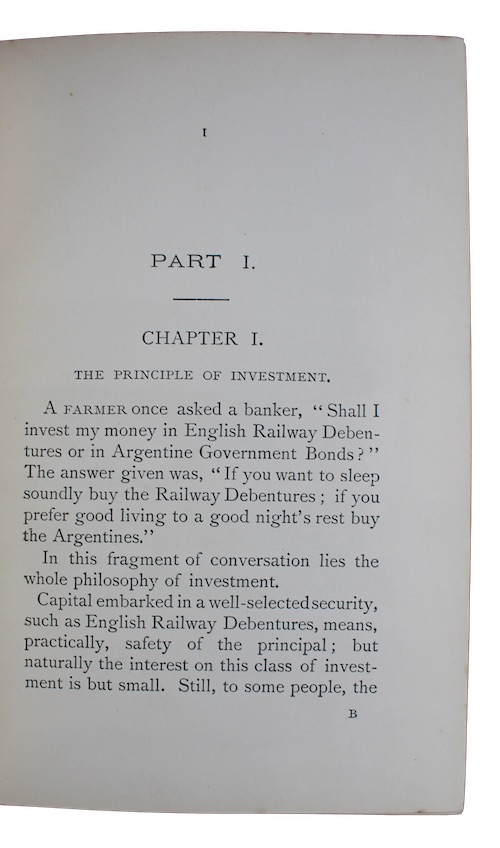 DUNCAN, [William Wallace]. Duncan on Investment and Speculation in Stocks and Shares.

London. Effingham Wilson, 1895. Fifth edition.
Call us Email us
8vo. [6], 227pp, [1]. Original publisher's embossed green cloth, lettered in gilt. Lightly rubbed, top-edge a trifle dusty. Decorated endpapers, blank fly-leaves browned.
A crisp copy of the fifth and final edition, printed in the year after the first, of stockbroker William Wallace Duncan's (d. 1893) popular primer on the technicalities of the stock exchange for the use of inexperienced investors, showing 'the principles upon which a capitalist, large or small, can obtain the highest return for his money' and the 'comparative risks he runs in investments of various qualities'.
£ 250.00 Antiquates Ref: 23101
This site uses cookies.Find out more.