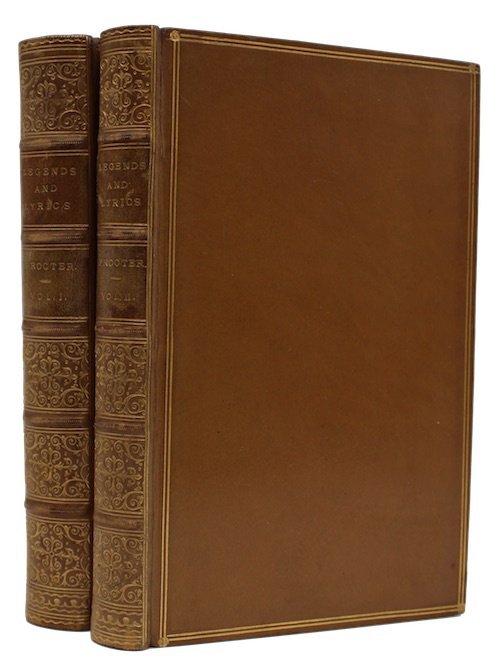 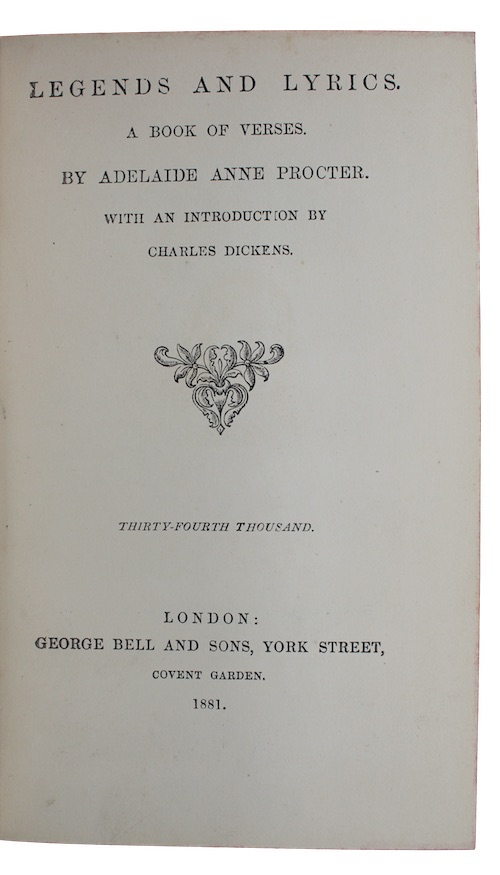 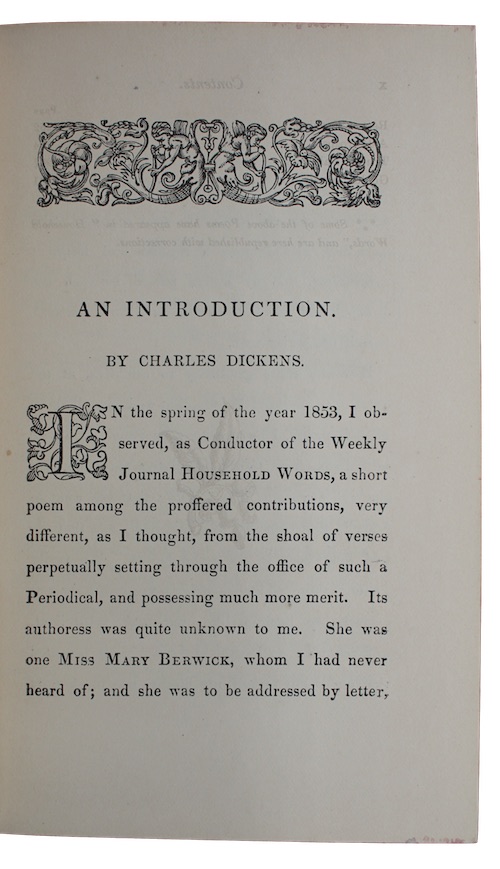 PROCTER, Adelaide Anne. Legends and lyrics. A book of verses.

London. George Bell and Sons, 1881. Thirty-fourth thousand.
Call us Email us
12mo. In two volumes. xxxi, [1], 264; vi, 223pp, [1]. With an engraved portrait frontispiece to Vol. I. Contemporary gilt-tooled calf, marbled edges. A trifle rubbed and sunned. Marbled endpapers, armorial bookplates of Mervyn Lloyd Peel to both FEPs.
A handsomely bound copy of poet Adelaide Anne Procter's (1825-1864) immensely popular poetry collection Legends and Lyrics; the first series of which was initially published by Bell and Daldy in 1858, with a second following in 1861. Both series were posthumously published in a single volume in 1866, with an introduction by Charles Dickens. Proctor was a prolific contributor to Dickens's periodical Household Words, submitting a total of seventy-three poems (and a further seven to All the Year Round).

Sir Mervyn Lloyd Peel (1856-1929), Conservative politician who held the offices of Deputy Lieutenant and Justice of the Peace.
£ 100.00 Antiquates Ref: 23118
This site uses cookies.Find out more.