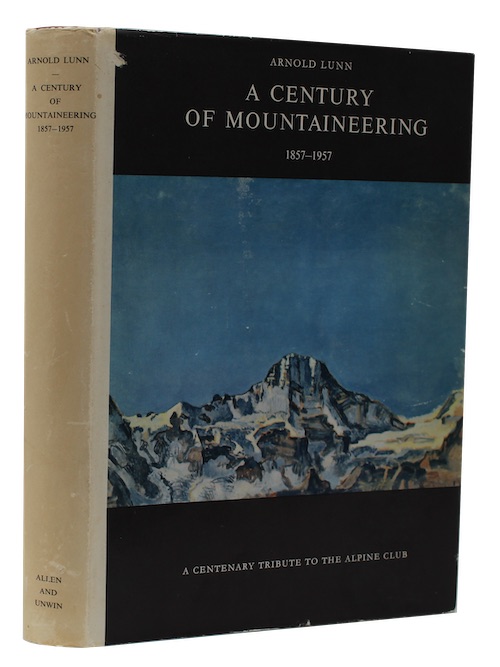 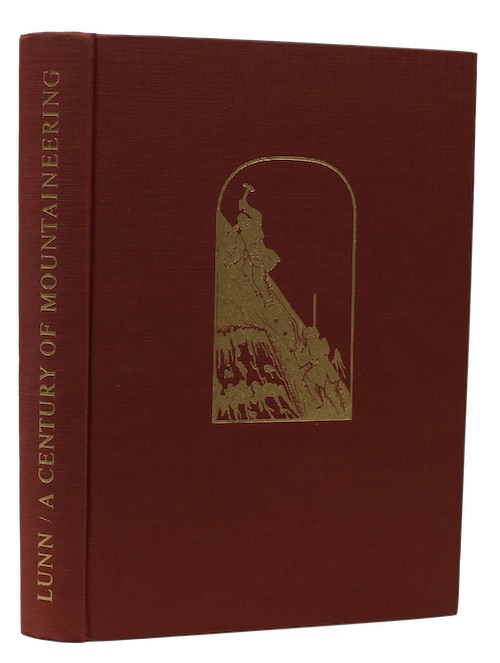 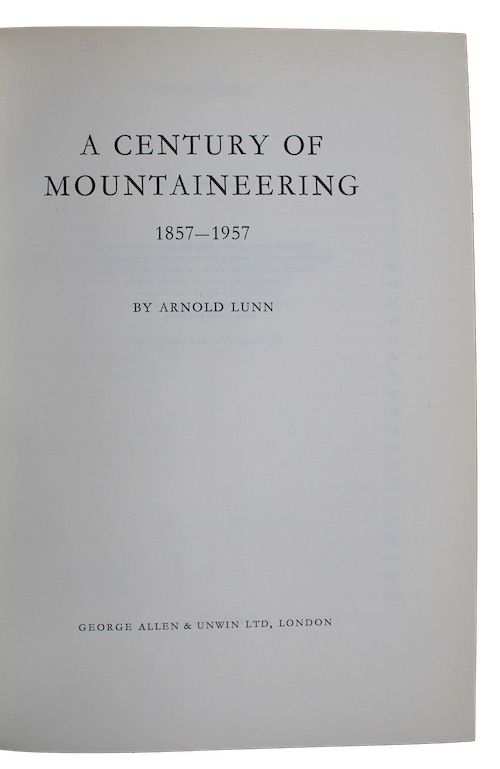 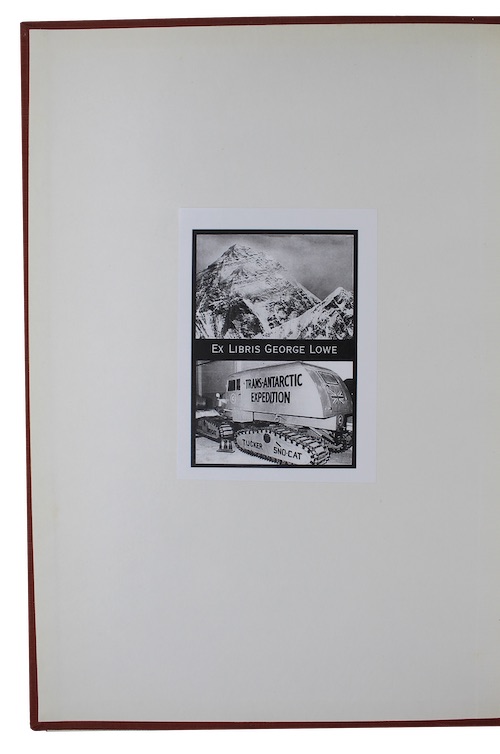 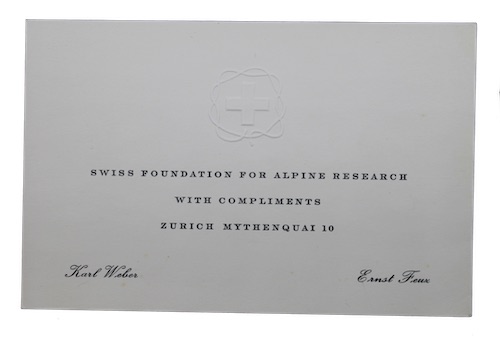 London. George Allen & Unwin Ltd., [1957]. First edition.
Call us Email us
Quarto. 263pp, [1]. With numerous photographic illustrations. Original publisher's brown cloth, lettered and decorated in gilt, pictorial dustwrapper. Light shelf-wear, dustwrapper a trifle rubbed and marked. Bookplate of George Lowe to FEP, compliment slip of the Swiss Foundation for Alpine Research loosely inserted.
A centenary tribute to the Alpine Club, produced by the Swiss Foundation for Alpine Research, as a token to the long-proved friendship between British and Swiss Mountaineers.

From the library of New Zealand-born mountaineer George Lowe (1924-2013), a member of the 1953 British Mount Everest expedition, the ninth mountaineering expedition to attempt the first ascent of Everest, and the first confirmed to have succeeded when Tenzing Norgay and Edmund Hillary reached the summit on 29th May. The day prior, Lowe had led an advance guard, wielding an ice axe with legendary skill, to cut a path into the Lhotse Face to the final camp (1,000 feet below the peak), preparing the route for Hillary and Tenzing Norgay. Following this achievement Lowe became a New Zealand representative on the Commonwealth Trans-Antarctic Expedition which, between 1955 and 1958, not only traversed Antarctica, becoming the first to reach the South Pole by land since Amundsen in 1911 and Scott in 1912, but also carried out extensive surveying of the continent.
£ 125.00 Antiquates Ref: 23428
This site uses cookies.Find out more.