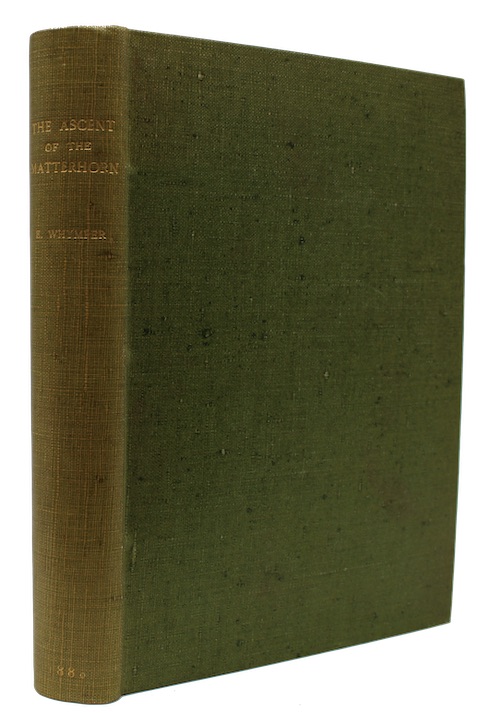 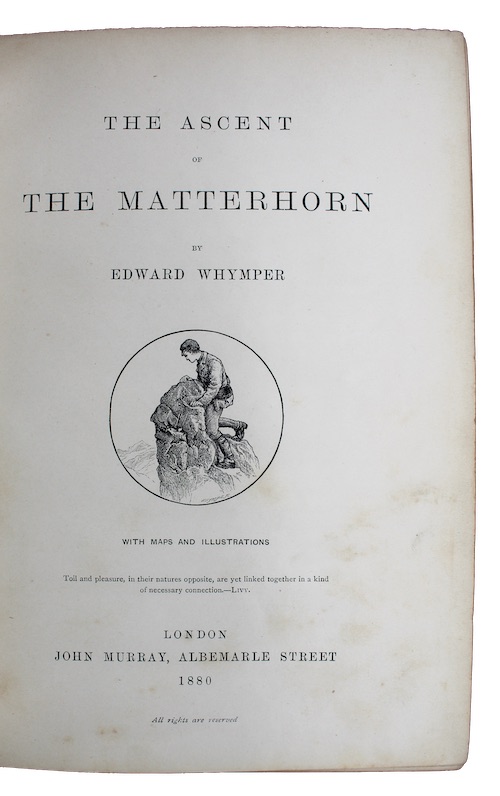 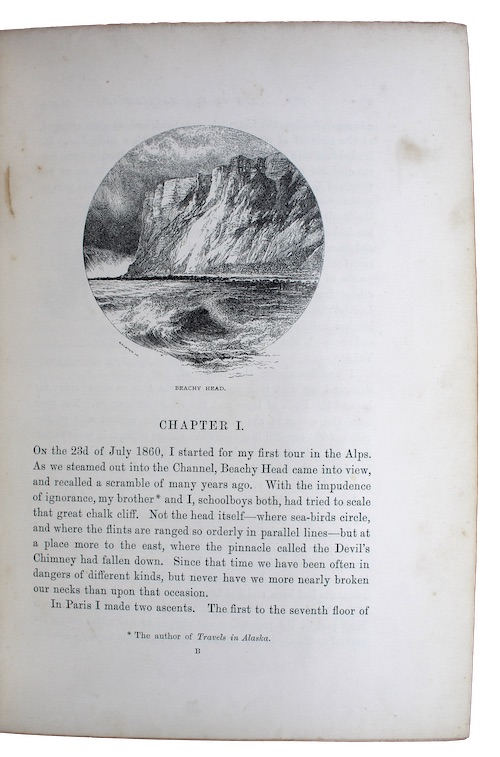 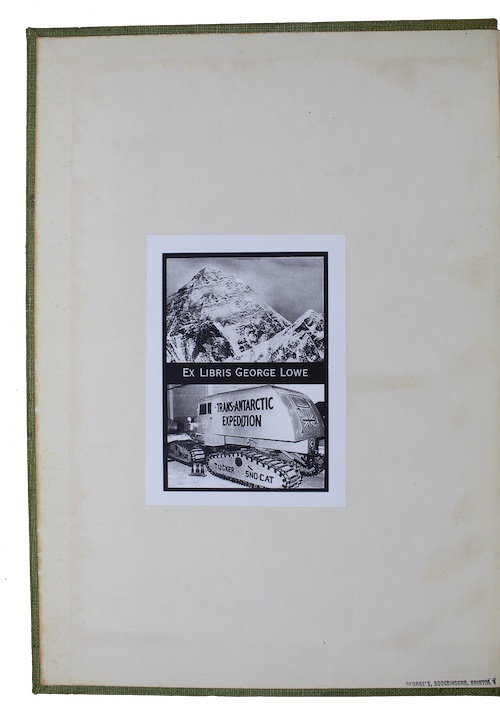 WHYMPER, Edward. The ascent of the matterhorn.

London. John Murray, 1880.
Call us Email us
Quarto. xxii, [2], 325pp, [1]. With an frontispiece, a further 13 engraved plates, 91 illustrations in the text, and two folding maps (one in colour). Later rebound by George's bookbinders of Bristol in olive green cloth, lettered in gilt. Light shelf-wear, spine sunned. From the library of George Lowe, with his bookplate to FEP and inked ownership inscription to FFEP.
English mountaineer Edward Whymper's (1840-1911) account of his participation in the first successful ascent of the Matterhorn in 1865.

From the library of New Zealand-born mountaineer George Lowe (1924-2013), a member of the 1953 British Mount Everest expedition, the ninth mountaineering expedition to attempt the first ascent of Everest, and the first confirmed to have succeeded when Tenzing Norgay and Edmund Hillary reached the summit on 29th May. The day prior, Lowe had led an advance guard, wielding an ice axe with legendary skill, to cut a path into the Lhotse Face to the final camp (1,000 feet below the peak), preparing the route for Hillary and Tenzing Norgay. Following this achievement Lowe became a New Zealand representative on the Commonwealth Trans-Antarctic Expedition which, between 1955 and 1958, not only traversed Antarctica, becoming the first to reach the South Pole by land since Amundsen in 1911 and Scott in 1912, but also carried out extensive surveying of the continent.
£ 250.00 Antiquates Ref: 23436
This site uses cookies.Find out more.