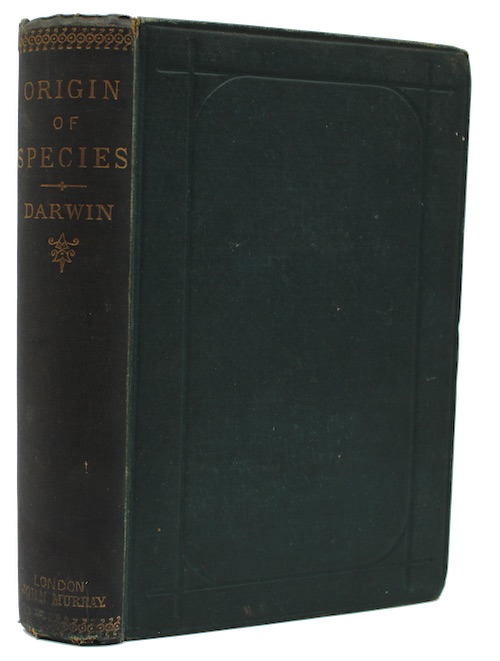 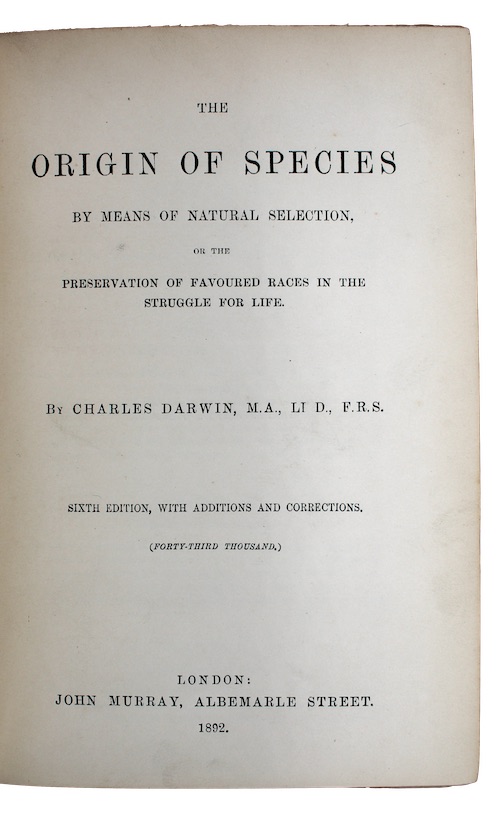 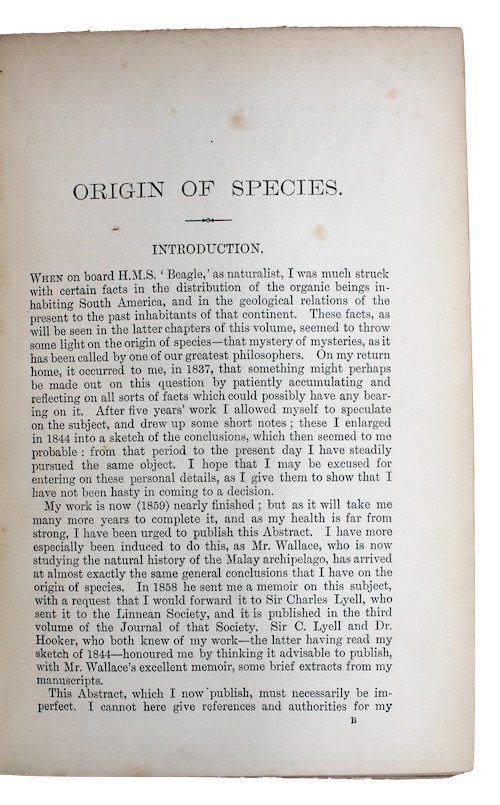 DARWIN, Charles. The origin of species by means of natural selection, or the preservation of favoured races in the struggle for life.

London. John Murray, 1892. Sixth edition, with additions and corrections.
Call us Email us
8vo. xxi, [1], 432pp. With a half-title and a folding chart. Original green publisher's blind-stamped cloth, lettered in gilt. Rubbed, spine sunned, corners bumped. Endpapers browned, occasional spotting.
The origin of species was Charles Darwin's (1809-1882) seminal work, considered to be the foundation of evolutionary biology and a by extension a cornerstone of modern science, introduced the theory of natural selection; explaining how species' populations alter and diversify over generations, branching out from a shared common ancestor. It wasn't until the sixth (and final lifetime) edition of 1872 that the word evolution was included in the book; this forty-third thousand impression of that sixth edition was reset, with several error's corrected by the author's third son, and collaborator, Francis Darwin.
Freeman 438.
£ 325.00 Antiquates Ref: 23563
This site uses cookies.Find out more.