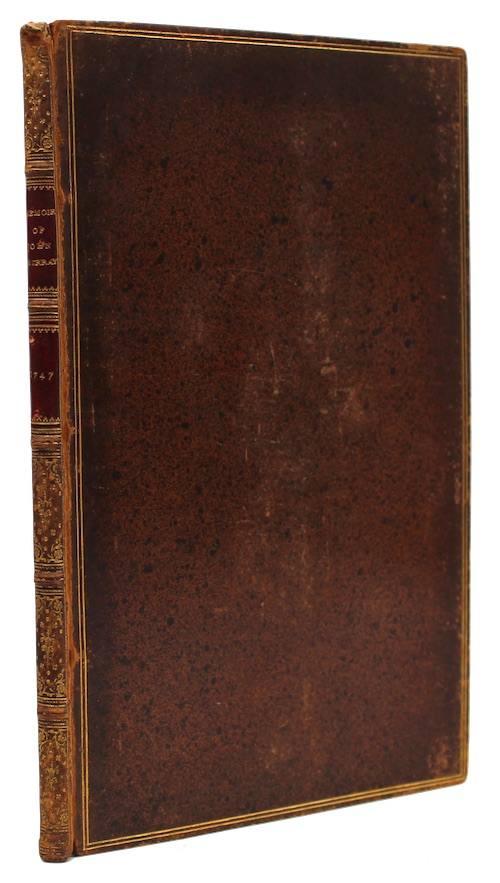 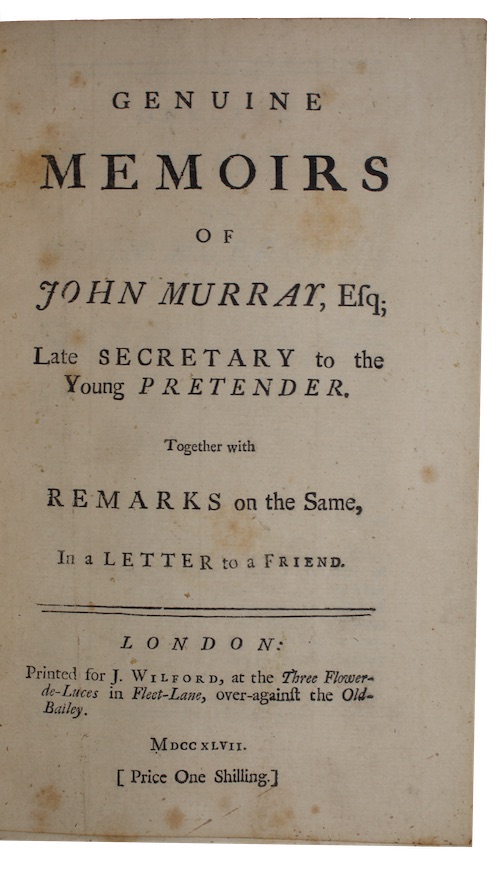 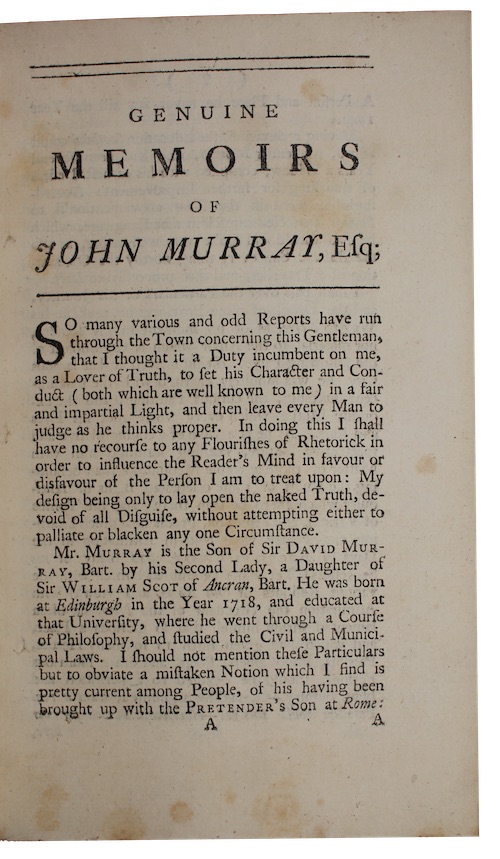 [JACOBITE RISING]. Genuine memoirs of John Murray, Esq; Late secretary to the Young pretender. Together with remarks on the Same, In a letter to a friend.

London. Printed for J. Wilford, 1747.
Call us Email us
8vo. [2], 64pp. Bound by W. Pratt in later gilt-tooled speckled calf, contrasting red morocco lettering-pieces, T.E.G. Rubbed, chipping to head of spine, upper joint starting. Armorial bookplate of J. Leveson Douglas Stewart to FEP, occasional spotting.
An account of the misadventures of Jacobite agent Sir John Murray (1714/15?-1777) in the service of Charles Edward Stuart (1720-1788), 'the Young Pretender'; one of three editions published at London in the same year (two of which printed for A. Freeman). Murray, an integral, and indeed loyal, member of the 1745 rising was cast as a traitor to the cause following the defeat at Culloden. The allegation that, as Royal secretary, he provided false encouragement to 'The Young Pretender' to attempt a revolution via a landing in Scotland, regardless of French backing, appears exaggerated. Indeed all assertions made against him would suggest Murray was merely a convenient scapegoat to explain the failure of the 'Forty-Five. He was released from the Tower in April 1747, though not pardoned until June 1748.
ESTC T87633.
£ 250.00 Antiquates Ref: 23708
This site uses cookies.Find out more.