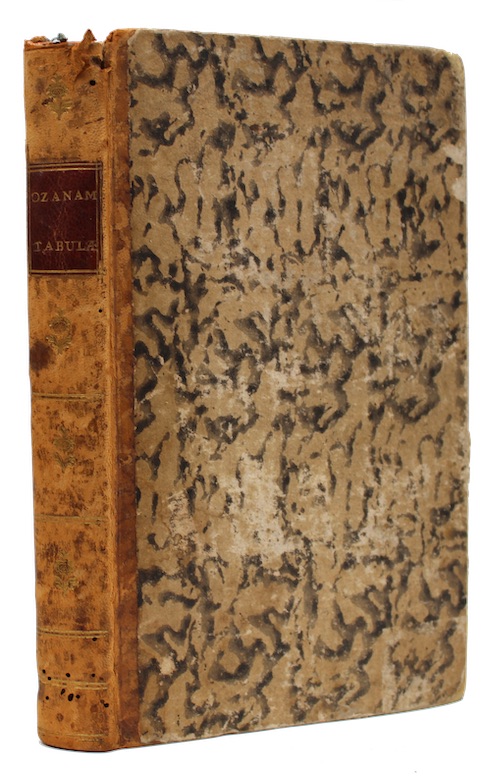 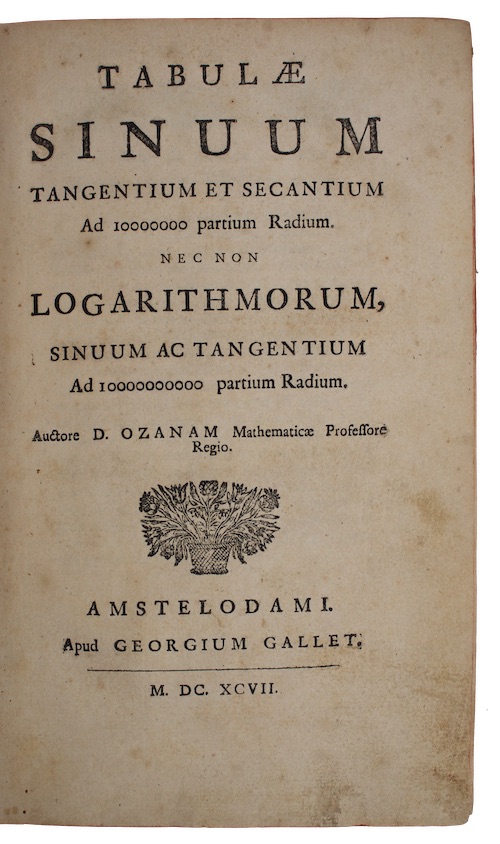 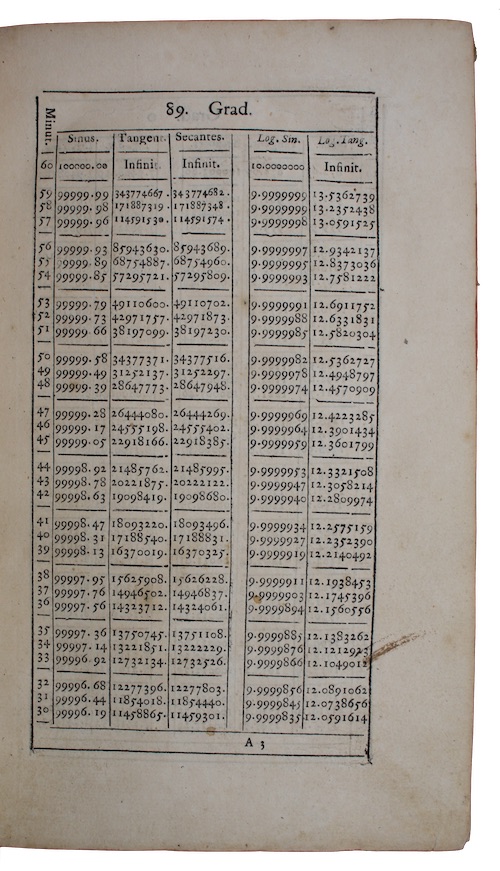 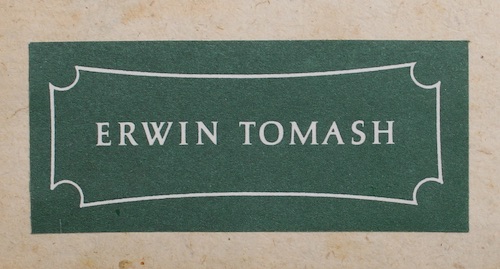 These mathematical tables would appear to be unacknowledged copies of those produced by Dutch publisher Adriaan Vlacq (1600-1667).

From the recently dispersed library of Erwin Tomash (1921-2012), American engineer recognised for his early pioneering work with computer equipment peripherals. His library consisted of over 3,000 books and manuscripts relevant to the history of computation, from medieval and renaissance works on arithmetic, finger-reckoning and the abacus, to the birth in the twentieth century of theoretical and practical computer science under Alan Turing.
£ 325.00 Antiquates Ref: 23886
This site uses cookies.Find out more.