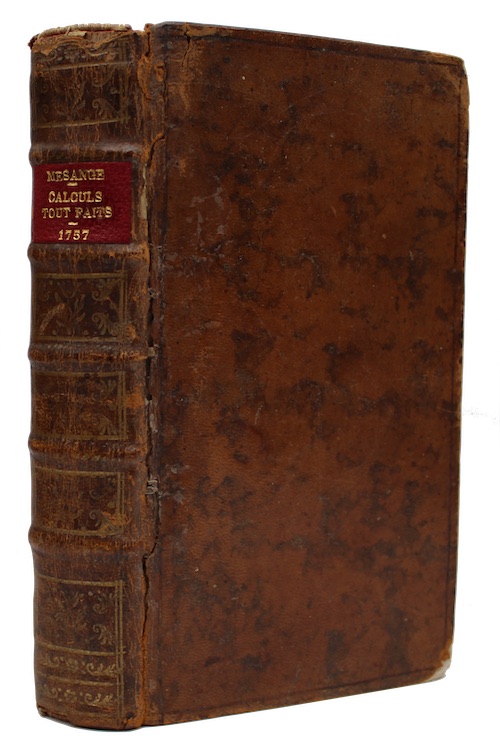 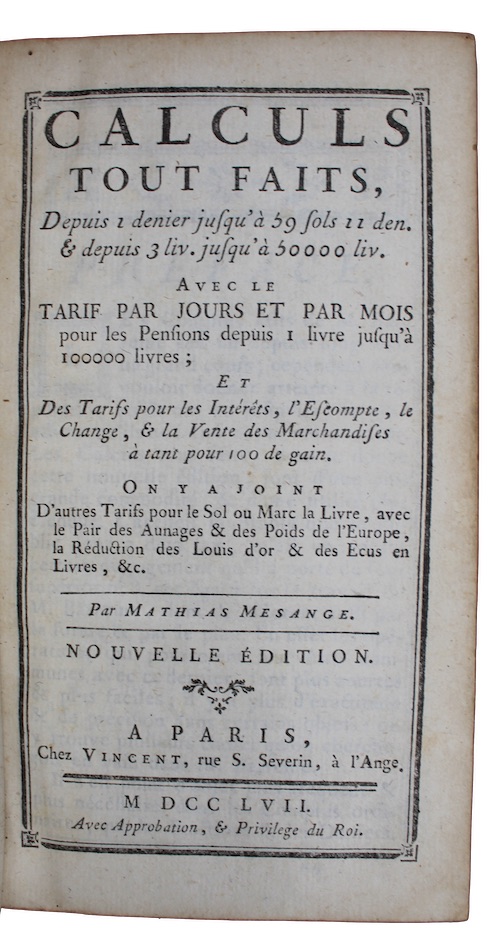 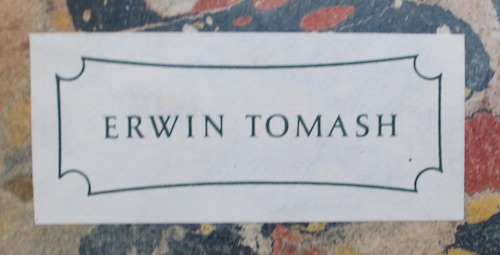 Paris. Chez Vincent, 1757. Nouvelle edition [i.e. new edition].
Call us Email us
8vo. xxiv, 552pp. Contemporary gilt-tooled speckled calf, later contrasting red morocco lettering-piece, all edges red. Heavily rubbed, upper joint split, loss to head and foot of spine. Marbled endpapers, book-label of Erwin Tomash to FEP.
This ready reckoner was designed to compete with those being published by Francois Bertrand de Barreme. The preface mentions Barreme in several places and attempts to point out deficiencies in his tables. While there were undoubtedly place where Barreme tabled could be improved, it was Barreme who gave his name to this class of publiscation and none of the standard works on ready reckoners seem to mention Mathias Mesange (1693-1758).

From the recently dispersed library of Erwin Tomash (1921-2012), American engineer recognised for his early pioneering work with computer equipment peripherals. His library consisted of over 3,000 books and manuscripts relevant to the history of computation, from medieval and renaissance works on arithmetic, finger-reckoning and the abacus, to the birth in the twentieth century of theoretical and practical computer science under Alan Turing.
Tomash M 91.
£ 75.00 Antiquates Ref: 23919
This site uses cookies.Find out more.