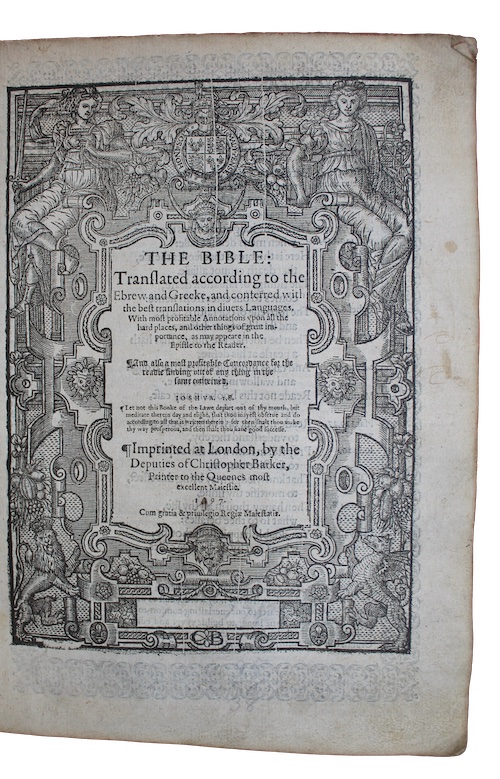 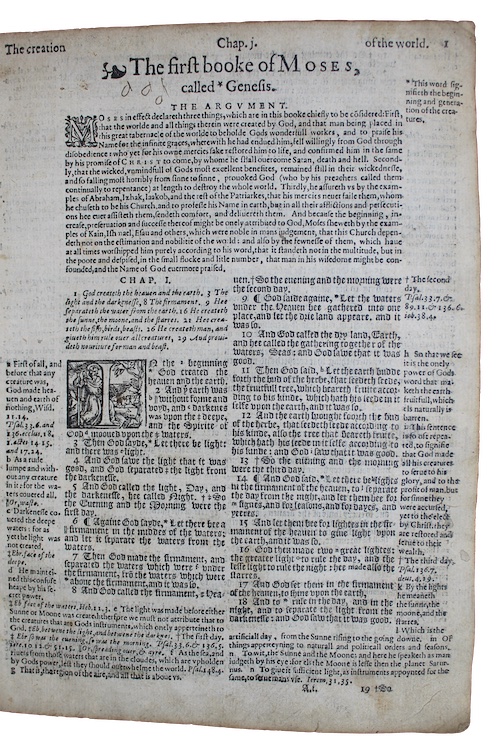 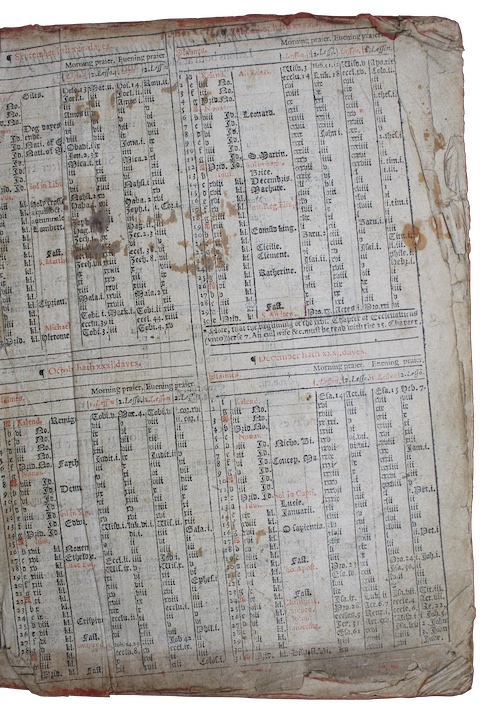 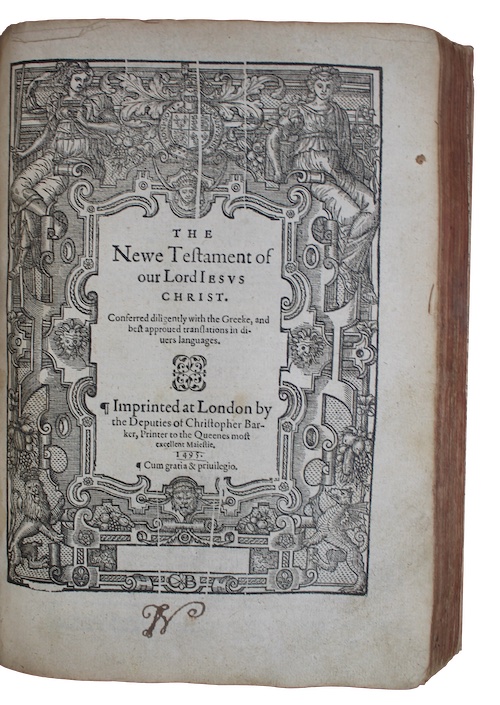 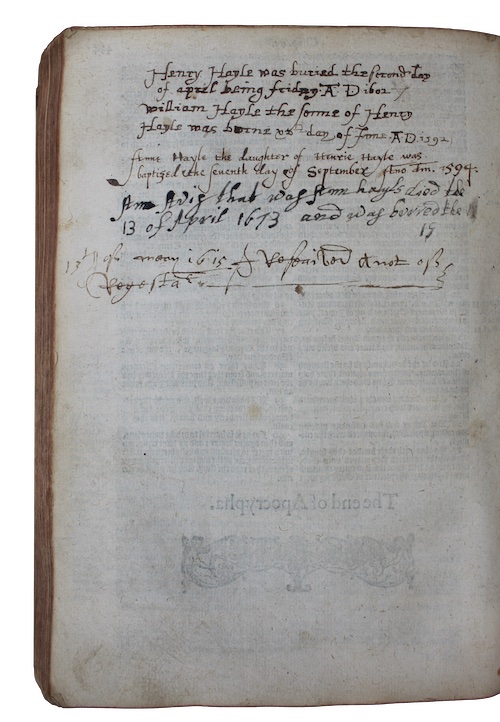 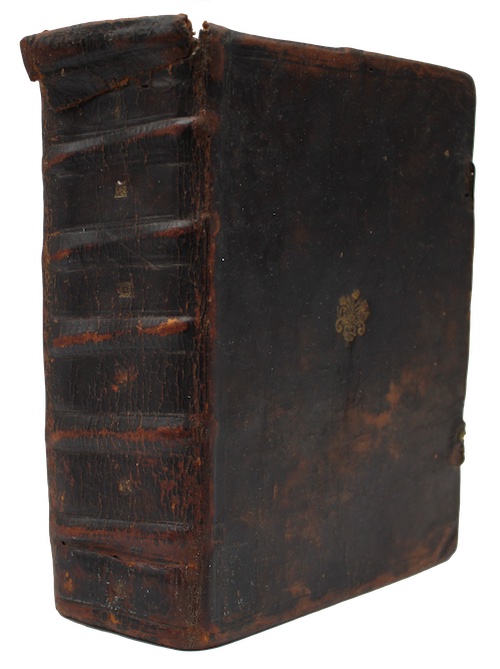 NOT A FIFTEENTH CENTURY ENGLISH BIBLE

[BIBLE - English, Geneva Version]. The bible: Translated according to the Ebrew and Greeke, and conterred with the best translations in divers Languages...

Quarto in eights. Contemporary blind ruled calf. gilt supralibros to boards. Extremities worn, horizontal tear to head of spine, without clasps. Pastedowns sprung, nineteenth century bookplate of to verso of upper board, printed paper booksellers description to sprung FEP, early inked ownership inscription of John Collingnor to head of recto of second leaf of defective liturgy, early manuscript genealogical notes relating to the Hayle family to (blank) verso of final leaf of Apocrypha, short closed tears to leaves Aaii and Kkki, slight loss to lower corner of leaf Qqiiii, occasional early pen-trials to margins, lightly damp-stained throughout.
A late sixteenth-century edition of the Geneva version of the Old Testament with Tomson's revision of the Geneva New Testament. The Geneva Bible, first printed in England in 1575/6 and commonly known as the Breeches Bible (owing to Genesis III, 7 reading 'sewed figge tree leaves together, and made themselves breeches') was the work of Protestant refugees who settled in the Calvinist republic after fleeing the persecutions of Queen Mary's England. Eminent protestants and eminent scholars all at once, luminaries such as Myles Coverdale, William Cole and William Whittingham were involved in this undertaking. Based, like most early-modern translations, on the Greek and Hebrew sources, the Geneva Bible was the first to take the Old Testament scripture entirely from the more original Hebrew. Moreover, it secured popularity and enduring historical significance owing to its fiercely Calvinist and Puritanical annotations - indeed it is said that it was this early protestant translation which was present at the signing of the American Declaration of Independence. Thomson's revision of the NT was first published in English in 1576, and Junius' further revision of Revelation in 1594; both were in turn swiftly incorporated into many editions of the popular original format of the Geneva Bible.

The setting of type of the present edition of the OT appears to conform to the printing described as part of STC 2169, an imperfect copy of which catalogued by ESTC (lacking the Apocrypha) pairs the 1597 edition of the OT with a printing of the NT dated 1596. If we are to assume that the present copies of the OT and NT have been together from the beginning, it would seem likely that we are looking at the last of the '1495' NT sheets being paired with the most recent OT off the press.

In addition to the erroneous NT dating, there has been an early, rather embarrassingly unsuccessful, attempt to alter the printed OT date of 1597 to 1497 in manuscript.

The manuscript genealogical notes record the burial of Henry Hayle 2nd April 1602, the birth of his issue William in 1592, and the baptism of his daughter Anne 7th September 1594; frustratingly, no records relating to the family appear extant.
£ 2,500.00 Antiquates Ref: 23923
This site uses cookies.Find out more.