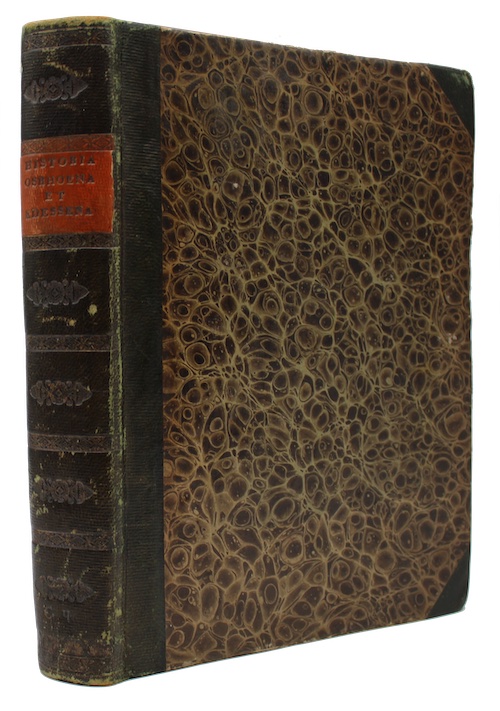 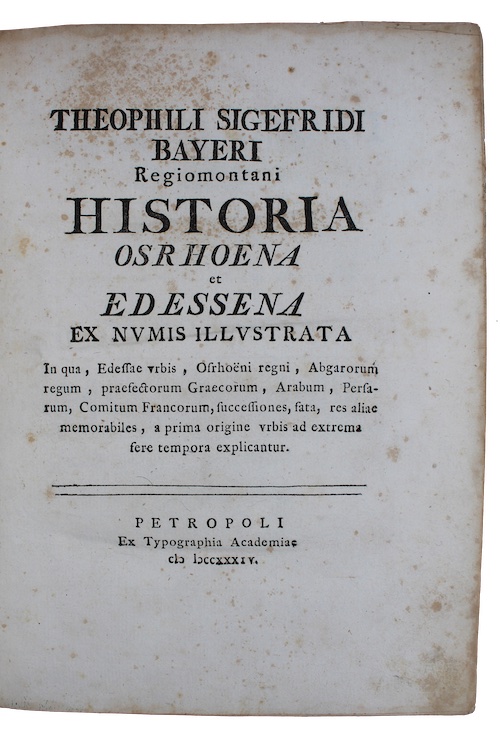 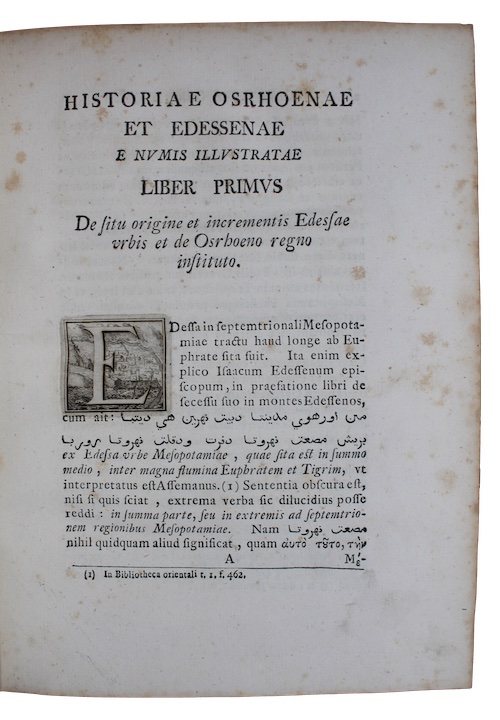 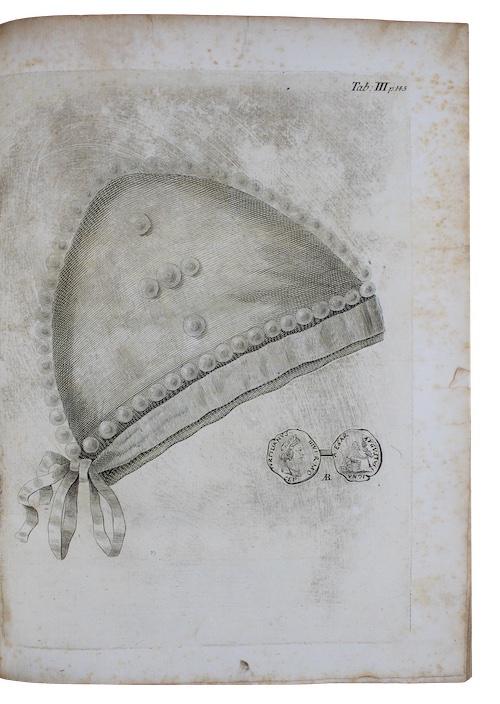 Petropoli [St. Petersburg]. Ex Typographia Academiae, 1734. First edition.
Call us Email us
Quarto. [22], 362pp, [10]. With seven engraved plates.Later straight-grain dark green half-morocco, marbled boards, contrasting red morocco lettering-piece, gilt. Extremities rubbed.Later gift inscription to recto of FFEP, foxed.
The sole edition of an extensive and authoritative treatise on the coinage of the kingdom of Osroene (Upper Mesopotamia) and its capital Edessa by German polymath and sometime professor of Greek and Roman Antiquities at St Petersburg Academy of Sciences (1726-1737) Theophilus Siegfried Bayer (1694-1738). The book has the distinction of being the first numismatic work printed in Russia. The text provides a complete history (until circa 1400) of Edessa, now known as Urfa, in southeastern Turkey. The kingdom retained a relative and precarious independence, even when subsumed as a province of the Roman Empire. When the Empire fell, the city was contested between the Persians and the Byzantines, and later conquered by the Arabs. It fell later to the Franks, and then became part of the Ottoman Empire. The coins represented all date from the period of the independent kingdom.
£ 750.00 Antiquates Ref: 24045
This site uses cookies.Find out more.