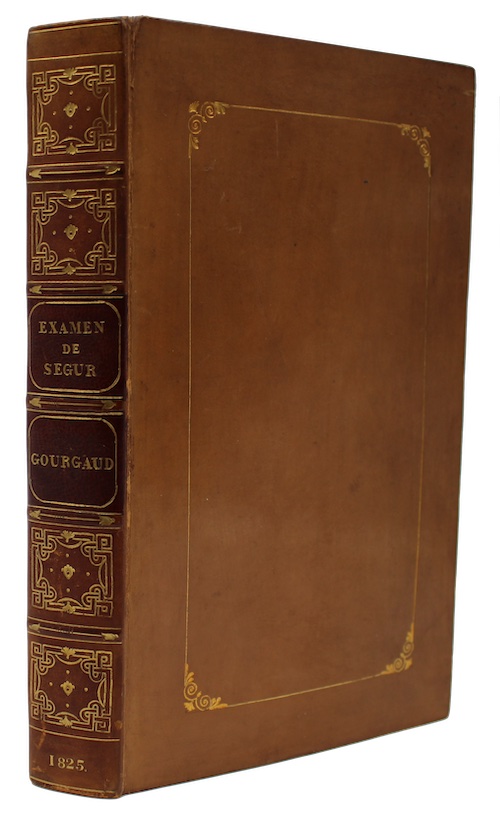 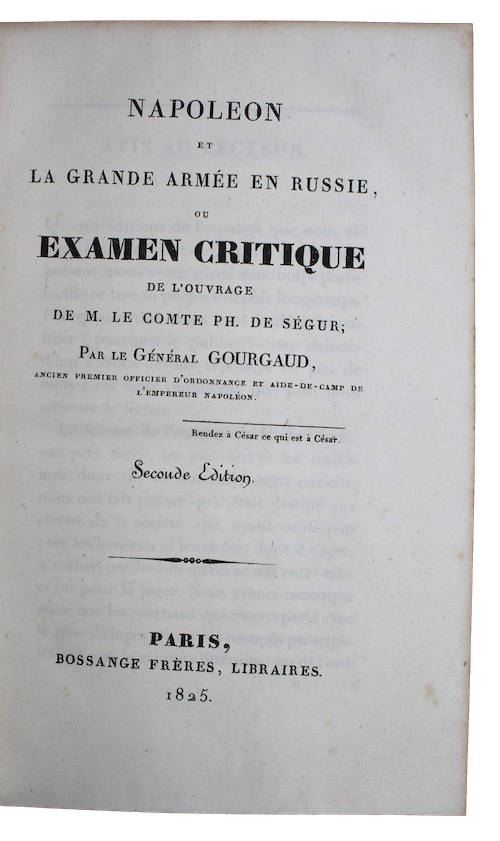 Paris. Bossange Freres, 1825. First edition.
Call us Email us
8vo. [4], xv, [1], 558pp. Contemporary gilt-tooled calf, marbled edges. A trifle rubbed. Marbled endpapers, internally clean and crisp.
The first edition of a critical commentary of the effectiveness of Napoleon's forces during the Russian Campaign. The author, Gaspard, Baron Gourgaud (1783-1852), though enrolled among the royal guards of King Louis XVIII of France in the summer of 1814, embraced the cause of Napoleon during the Hundred Days (1815), was named general and aide-de-camp by the emperor, and fought at Waterloo. After the second abdication of the emperor (June 22, 1815), Gourgaud retired with him to Rochefort. Determined to share Napoleon's exile, he sailed with him on H.M.S. Northumberland to St. Helena. In 1840 he joined other survivors of the captivity who returned to St. Helena to retrieve Napoleon's remains for burial in Paris.
£ 125.00 Antiquates Ref: 24522
This site uses cookies.Find out more.