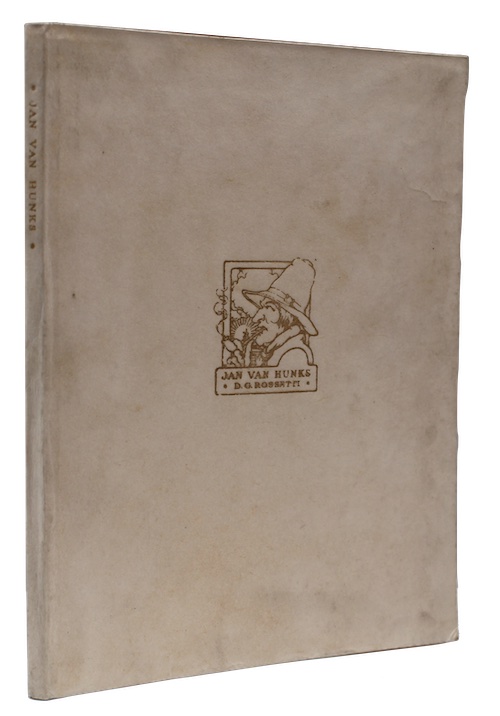 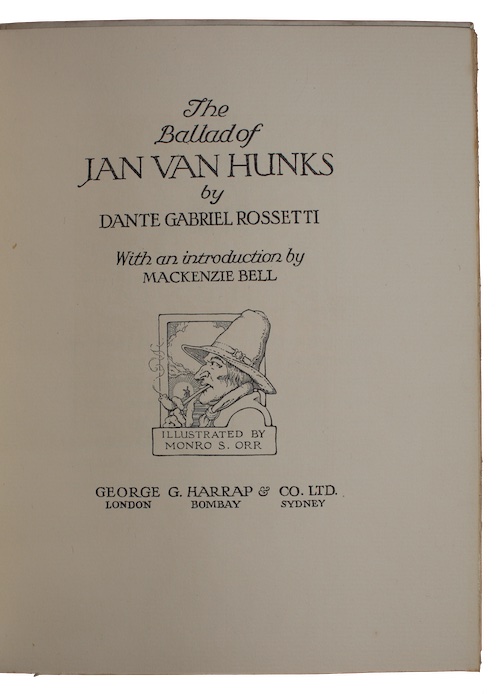 London. George G. Harrap & Co., [1929]. First trade edition.
Call us Email us
8vo. Limited edition of 620 copies, of which this is number 484. 42pp, [4]. Numerous illustrations in the text. Original publisher's gilt-stamped limp vellum. Without card slipcase. Extremities a trifle rubbed and discoloured. Bookplate of Mary Priscilla Smith to FEP.
The first trade edition of Dante Gabriel Rossetti's humorously grim forty-four stanza long ballad in which the titular Dutchman engages in a pipe smoking duel with the Devil in human form. Van Hunks later succumbs to his tobacco addiction and is dragged to Hell, where his carcass is converted into a pipe for the Devil's own use. The poem was first printed for private circulation (in a run of just thirty copies) in 1912.
£ 50.00 Antiquates Ref: 24961
This site uses cookies.Find out more.