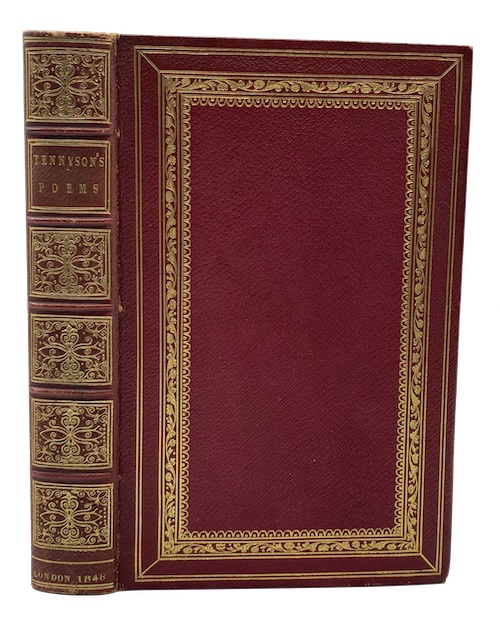 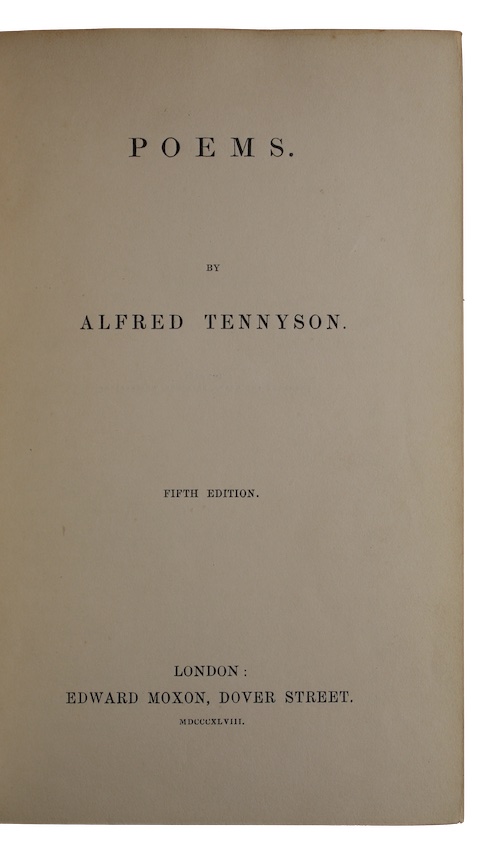 London. Edward Moxon, 1848. Fifth edition.
Call us Email us
12mo. viii, 368pp, [6]. Bound by Hayday in contemporary gilt-tooled red morocco, A.E.G. Slightest of rubbing. Contemporary inked gift inscription to recto of FFEP, later inked ownership inscription to verso, ticket of bookseller Richardson of Tunbridge Wells to REP, else internally clean and crisp.
James Hayday (1796-1872), bookbinder. In 1825 Hayday became one of the auditors of the Journeymen Bookbinders' Trade Society. In 1833 he rented premises at 31 Little Queen Street, Lincoln's Inn Fields, where he continued until his retirement in 1861 at which time he sold the use of his name to William Mansell, who succeeded to the bookbinding establishment. An innovative craftsman, Hayday maintained that printed books ought to open freely and lie flat. To achieve this, and to obviate the disfigurement of the grain of the leather caused by the repeated opening of traditionally bound books, Hayday introduced the cross or pin-headed grain (i.e. Turkey morocco). He sewed books fully along every sheet, a method that caused additional thickness that he remedied by sewing with silk, rather than thread. Furthermore, he dispensed with the customary paper backing, instead directly fastening the leather cover.
£ 125.00 Antiquates Ref: 25782
This site uses cookies.Find out more.