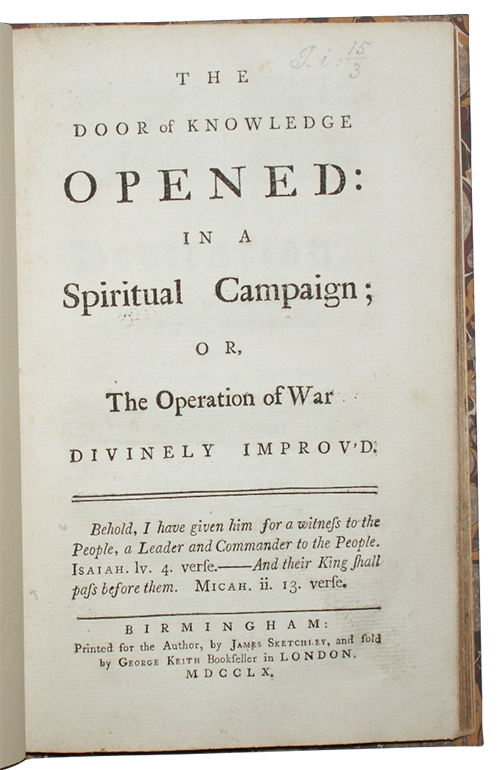 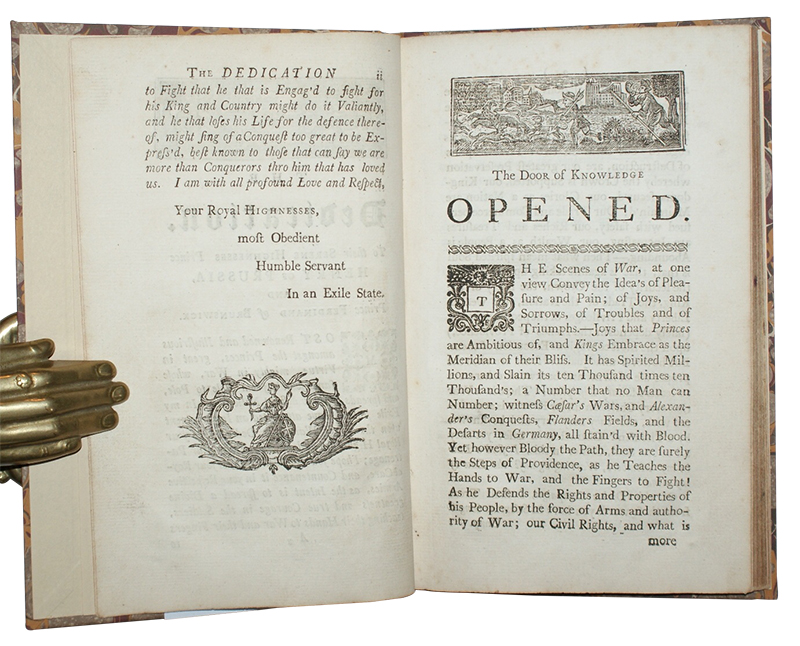 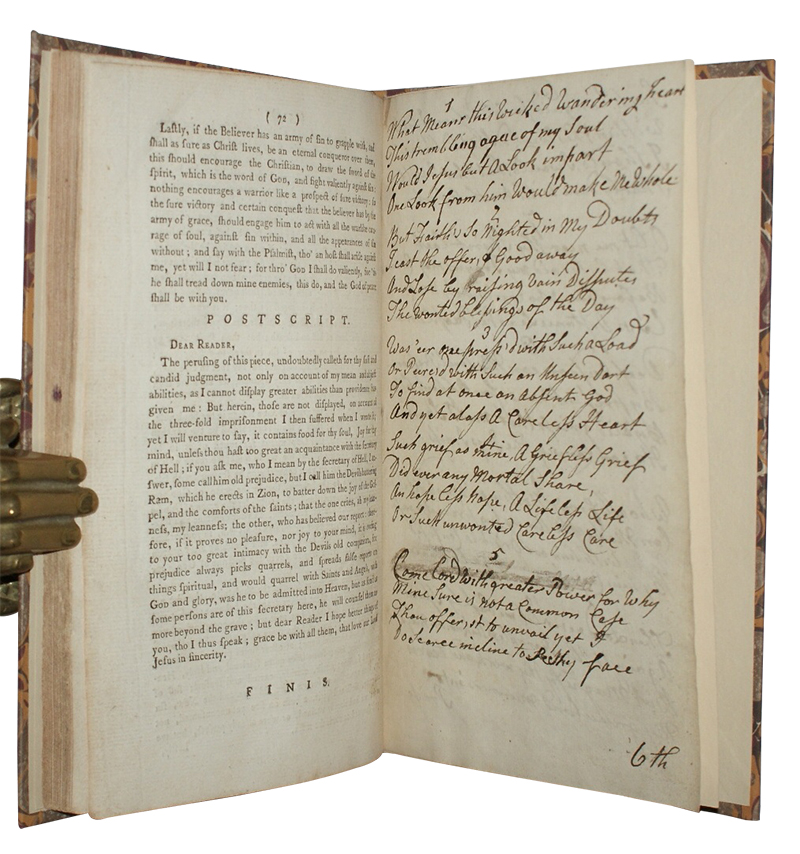 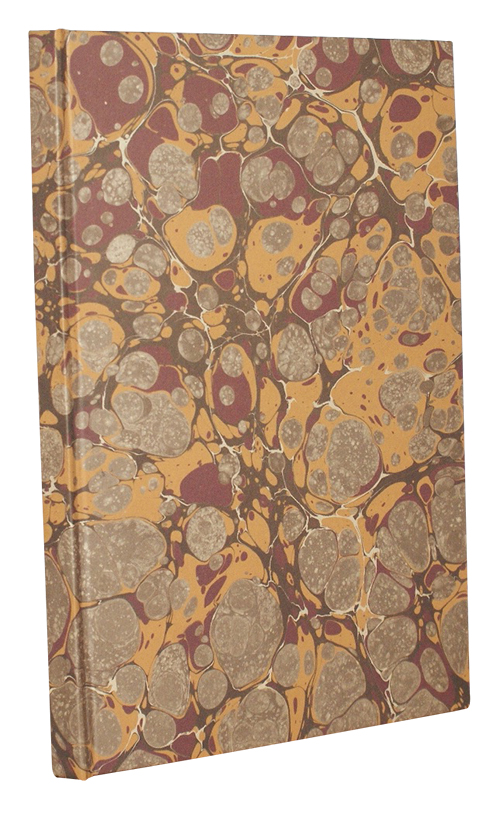 [ALLEN, John]. The door of knowledge opened: in a spiritual campaign; or, the operation of war divinely improv'd.

Birmingham. Printed for the Author, By James Sketchley, 1760. First edition.
Call us Email us
8vo in 4s. [4], 72pp. With an additional leaf bound at end bearing a manuscript transcription of the eighteenth-century hymn 'What means this wicked wandering heart'. Modern marbled boards.
A rare provincially printed sermon by John Allen (fl.1741-1774), Particular Baptist Minister of Salisbury, London and later New York and Boston. Dedicated to Prince Henry of Prussia who was enjoying remarkable success as a general in the Seven Years War at the time of publication, Allen justifies the 'force of Arms and authority of War' in protecting 'the Rights and Properties of his People...Civil Rights, and what is more Dear, our Religious Enjoyments', before exploring in most martial terms the 'Law in my members, Warring against the Law of my mind'; in short a 'Divine Campaign' between God, Church and the individual. In some ways it pre-empts Allen's controversial sermon of Thanksgiving 1772, which, in accusing the English monarchy of depriving Englishmen and Colonists alike of their liberties whilst exposing the hypocrisy of the rebels in not campaigning for the rights of slaves and Baptists, secured his North American notoriety and success as a pamphleteer.

This present sermon was reprinted by Mower and Greenleaf at Worcester, Mass, some 40 years later. Both this original and that reprint are rare, with ESTC recording only four copies of this first edition in British libraries (Birmingham, BL, Cambridge, Congregational Library), and only two further elsewhere (UCLA Bancroft, and Yale).
ESTC T99041.
£ 250.00 Antiquates Ref: 9653
This site uses cookies.Find out more.