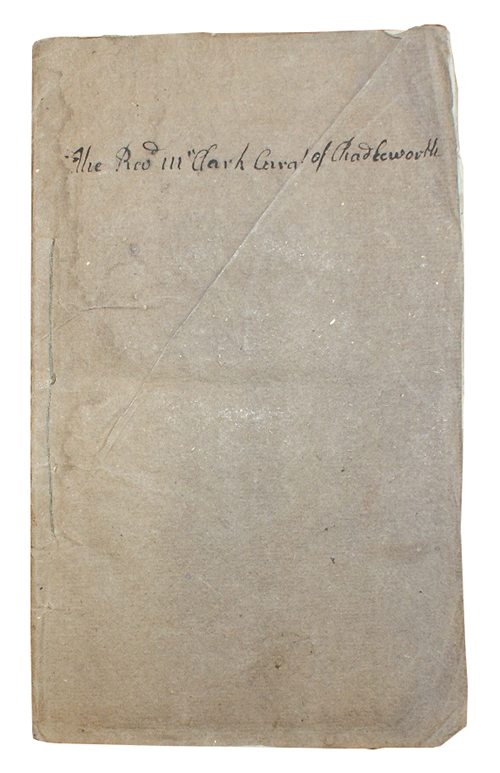 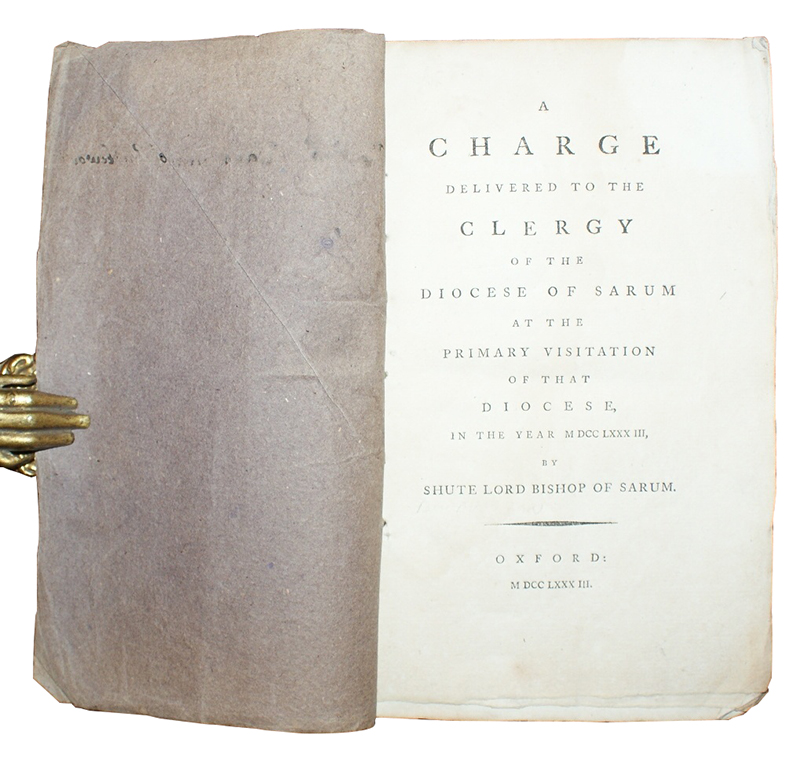 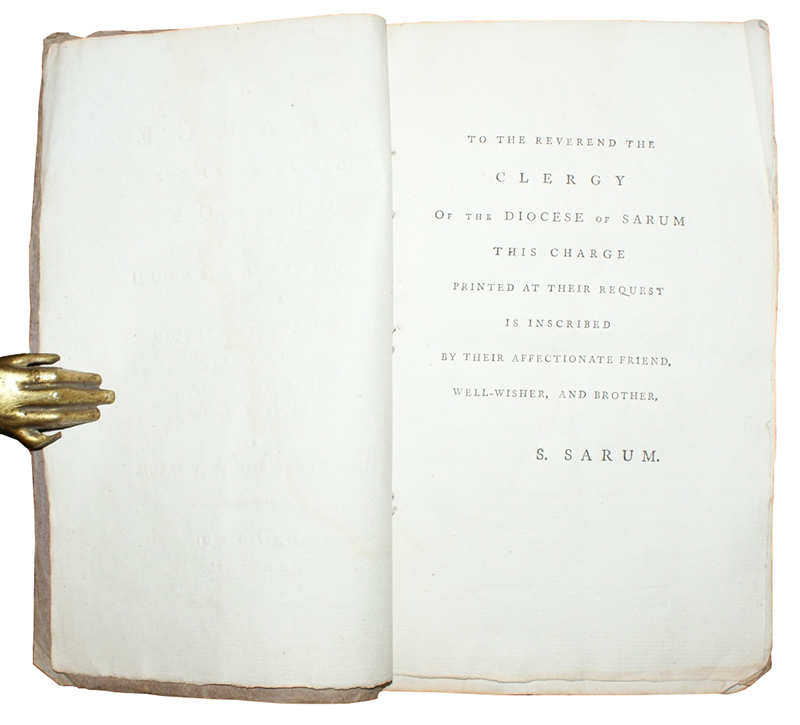 BARRINGTON, Shute. A Charge Delivered to the Clergy Of the Diocese of Sarum at the Primary Visitation of That Diocese, In the Year MDCCLXXXIII By Shute Lord Bishop of Sarum.

Oxford. [s.n.], 1783.
Call us Email us
8vo. [4], 24pp. Uncut in original paper wraps with later stitching, inscribed in ink to upper wrapper 'The Revd. Mr Clark Curate of Chadleworth'. As the present copy bears the name of an English clergyman in the Marlborough area, it is possible that Shute Barrington (1734-1826) distributed this short encouragement of residency, activity and diligence given on his translation to Salisbury to his subordinates in the Sarum See. One of three editions and formats appearing in the first year of publication; all are scarce, with this present edition recorded by ESTC in nine copies at seven locations worldwide. ESTC T53324.
£ 125.00 Antiquates Ref: 9890
This site uses cookies.Find out more.