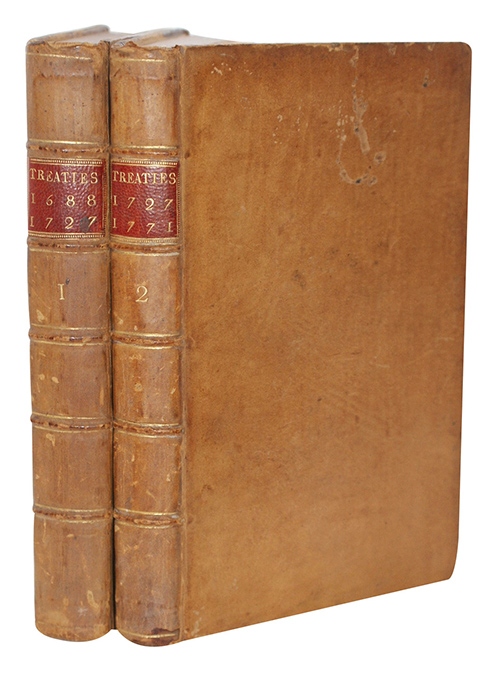 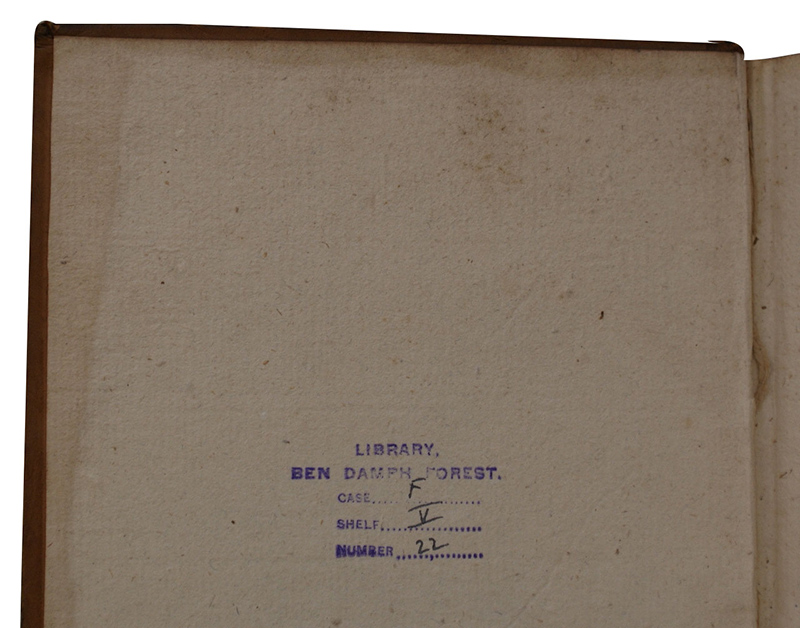 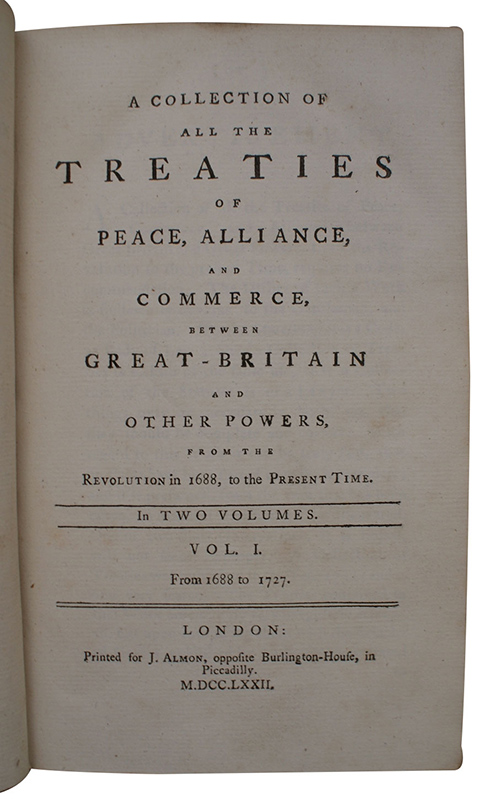 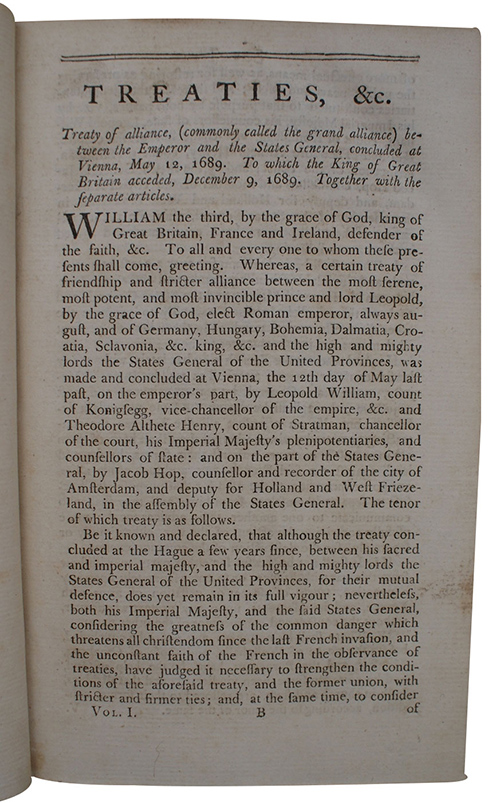 EVE OF THE AMERICAN REVOLUTION

[TREATIES]. A collection of all the treaties of peace, alliance, and commerce, between great-britain and other powers, from the Revolution in 1688, to the present time.

London. Printed for J. Almon, 1772. First edition.
Call us Email us
8vo. In two volumes. viii, 404, [4]; iv, 342pp. With a half-title to Vol. I and a folding table. Contemporary calf, contrasting red morocco lettering-pieces, gilt. Slight rubbing and soiling, surface loss to upper board of Vol. I, upper joint of Vol. I starting. Light marginal damp-staining to final two registers of Vol. II. From the library of the Earls of Lovelace, with ink-stamps of the Ben Damph Forest to both FEPs.
A compendium of the treaties, from the Glorious Revolution of 1688 until the eve of the American Revolution, arising as part of settlements negotiated between Britain and foreign powers subsequent to conflicts including the Seven Years' War (Treaty of Paris, 1763) and the War of Spanish Succession (Peace of Utrecht, 1713); many with a profound North American aspect. Aside from military concerns details are provided for the conversion to sterling of French Canadian paper money (1766); the text of the 1713 Slave Act which expanded the legal limits of the trade; and an early statement making reference to conflict in the Falkland Islands. A supplement, A collection of treaties of peace, commerce, and alliance, was published in 1781.
ESTC T144719.
£ 500.00 Antiquates Ref: 13525
This site uses cookies.Find out more.