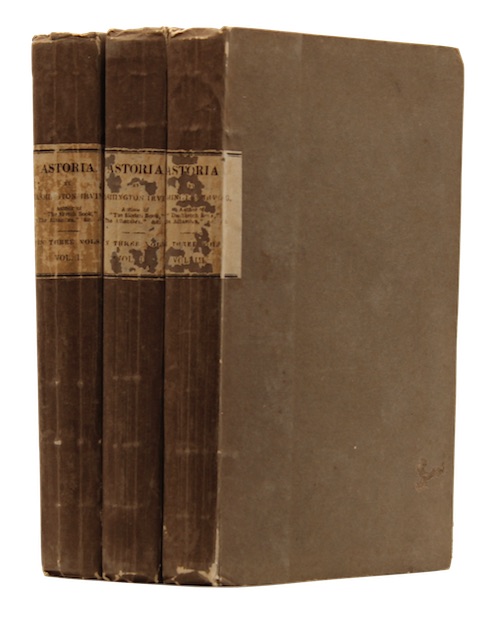 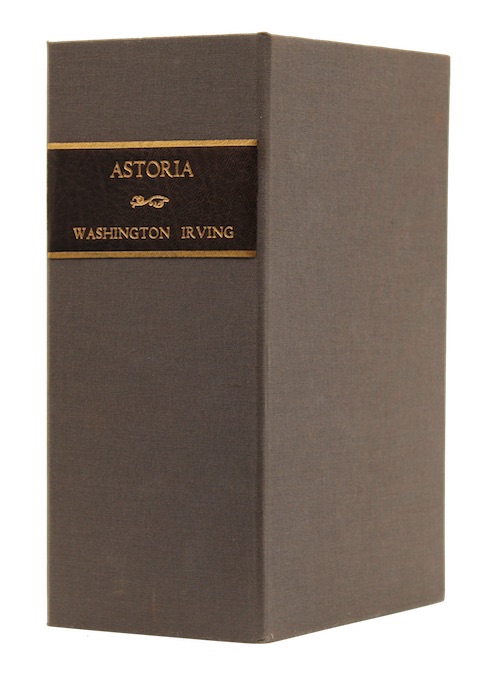 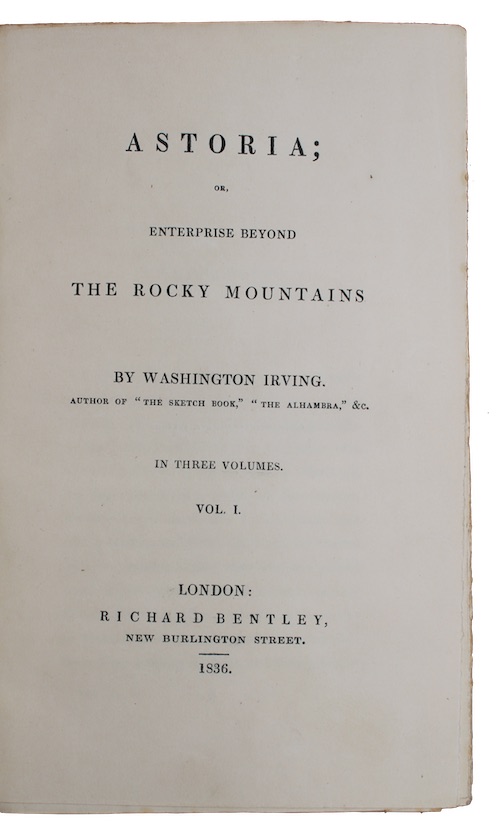 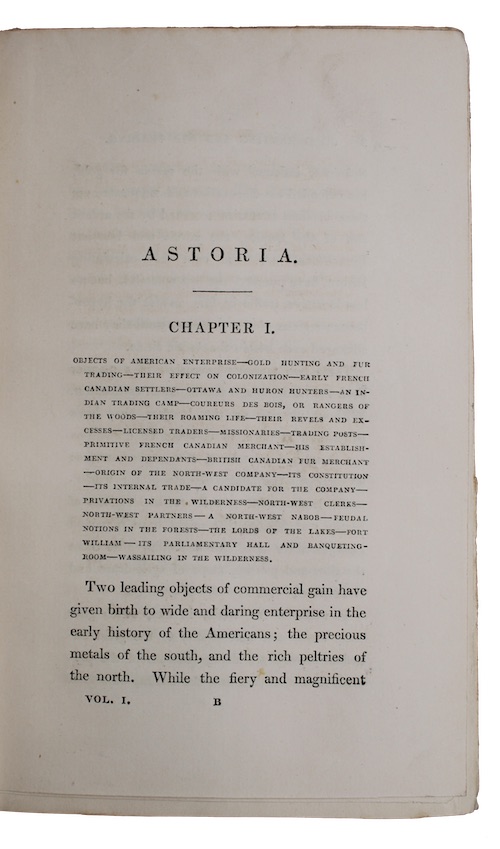 IRVING, Washington. Astoria; or enterprise beyond the Rocky Mountains.

London. Richard Bentley, 1836. First British edition.
Call us Email us
8vo. In three volumes. xvi, 317, [3]; ix, [1], 320; vii, [1], 294pp. With half-title and terminal advertisement leaf to Vol. I., half-titles not called for in other volumes. Original publisher's plain tan paper boards, printed paper lettering-pieces, housed in custom grey cloth slipcase with brown morocco lettering-piece. Rubbing to joints and head and foot of spines, some wear and loss to lettering-pieces, slight surface loss to upper boards of Vol. III, light spots of soiling, else a fine copy. Bookplate of Jerry Colonna to interior of slipcase.
The first English edition of Washington Irving's (1783-1859) account of John Jacob Astor's (1763-1848) attempt in 1811 to establish the first American settlement on the Pacific coast in order to expand his American Fur Company. Astor commissioned the work as an official history of the expedition. Irving presents a faithful chronicle of events, based upon the testimonies of fur traders Robert Stuart, Gabriel Franchere, and Ross Cox; providing a chronicle of Fort Astoria from its founding until its passing to the Northwest Company in 1813. The work details the bitter rivalry between the two fur trading organisations, the discovery by the expedition of the South Pass through the Rocky Mountains which would prove integral to future settlers in crossing the terrain, and accounts of the customs of the Pacific Coast Native American tribes.
£ 375.00 Antiquates Ref: 14326
This site uses cookies.Find out more.