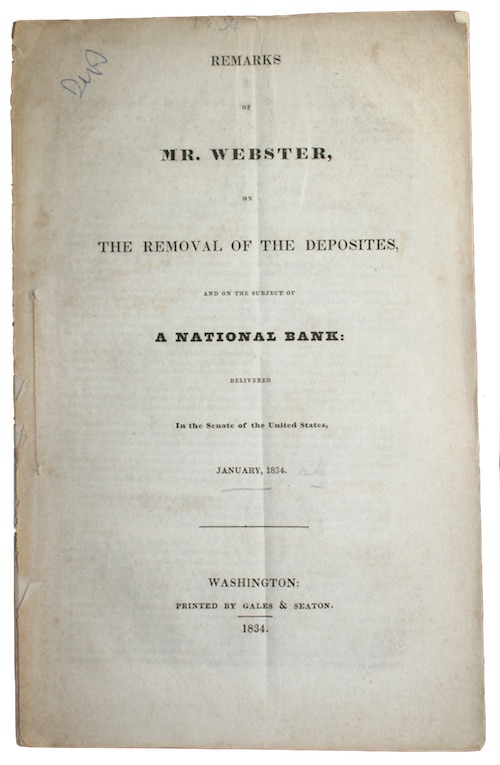 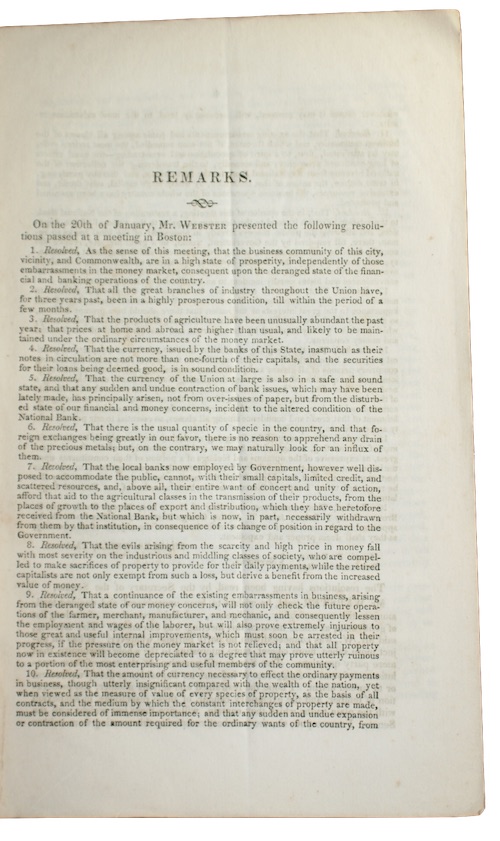 [BANKING]. Remarks of mr. webster, on the removal of the deposites and on the subject of a national bank...

Washington. Printed by Gales & Seaton, 1834. First edition.
Call us Email us
8vo. 23pp, [1]. Stitched, as issued. A trifle browned and dust-soiled, chipping to edges of title-page, with recent ink shelf-mark to head, vertical crease to centre of all leaves.
An account of the remarks made by Senator for Massachusetts, and later Secretary of State, Daniel Webster (1782-1852) during an address delivered on 20th January 1834 to the United States Senate regarding the state of banking throughout the Union.
£ 125.00 Antiquates Ref: 16037
This site uses cookies.Find out more.