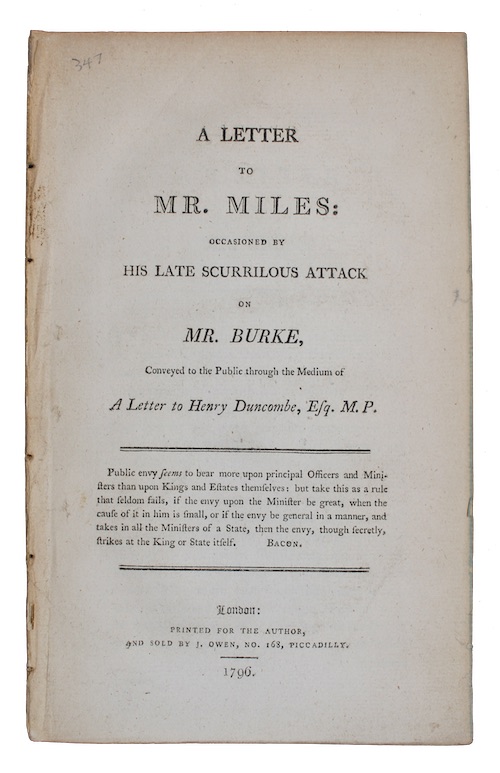 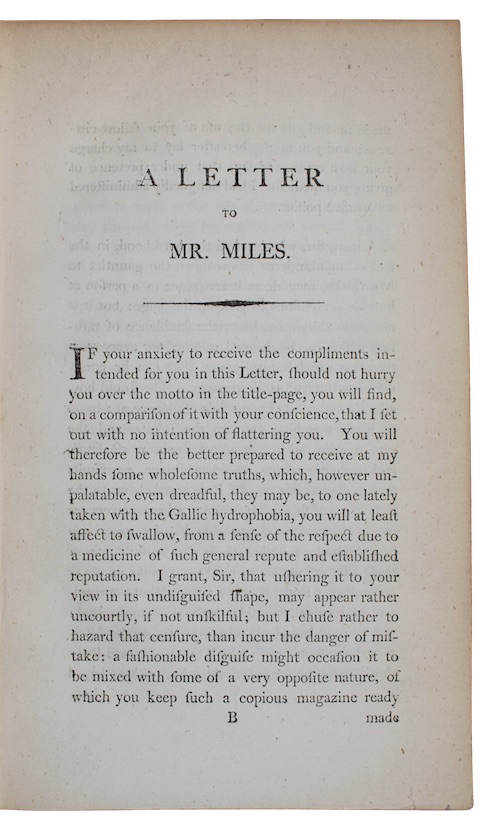 [SARPEDON]. A letter to mr. miles: occasioned by his late scurrilous attack on mr. burke, Conveyed to the Public through the Medium of A Letter to Henry Duncombe, Esq. M.P..

London. Printed for the Author, and sold by J. Owen, 1796. First edition.
Call us Email us
8vo. [2], 66pp. Disbound. A trifle dust-soiled.
The sole edition of an anonymous pamphlet, signed simply 'Sarpedon', fervently denouncing the remarks of William Miles (1753/4-1817) in his A Letter to Henry Duncombe...on the subject of a very extraordinary pamphlet, lately addressed by Mr. Burke, to a noble lord. (London, 1796); a response to Burke's published defence of his own character in light of criticism levelled by the Duke of Bedford and the Earl of Lauderdale.