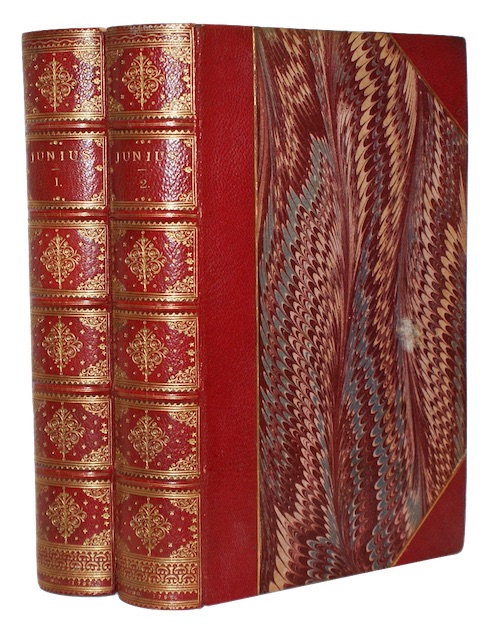 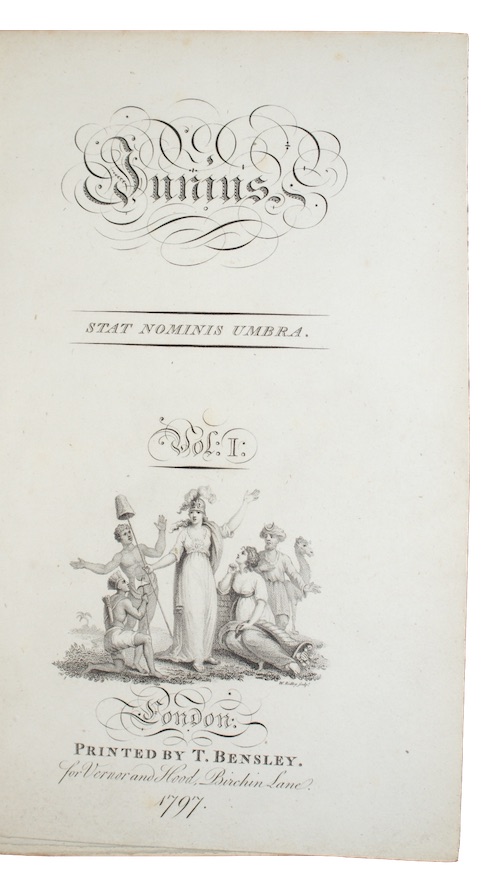 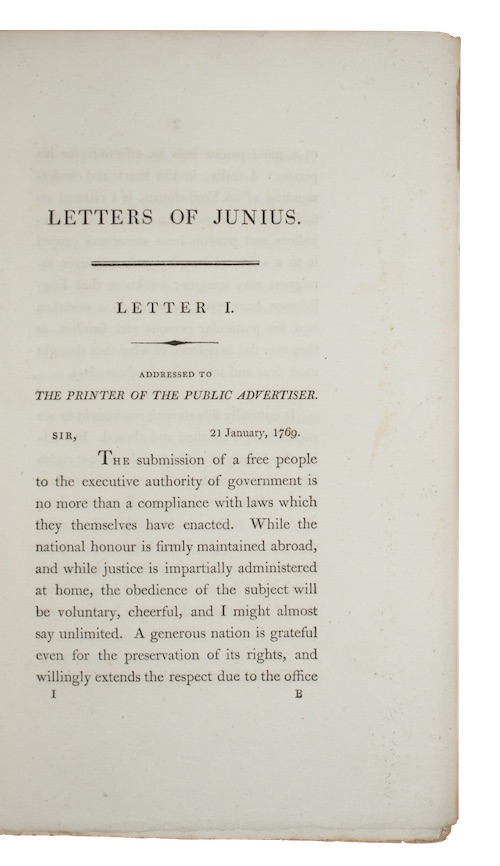 London. Printed for T. Bensley, for Vernor and Hood, 1796 [i.e.1797]
Call us Email us
8vo. In two volumes. [8], xl, 325, [1]; [4], 366pp. With an additional engraved title-page to each volume and a further 16 engraved plates. Handsomely bound in nineteenth-century gilt- tooled red half-morocco, marbled boards, T.E.G. Lightly rubbed. Marbled endpapers, recent book-labels of Iain J. A. S. Woolley to both FEPs, very occasional light spotting.
An attractively bound set of this particularly finely produced edition of the political letters of 'Junius' to Henry Woodfall, printer and proprietor of a periodical, The Public Advertiser. Composed between 1769 and 1772, the pseudonym masks a well-placed man within the Whig establishment during the ministry of the Duke of Grafton, British Prime Minister 1768- 1770, and that of his successor Lord North. With the aim of exposing the injustices of the administration, and highlighting the rights and freedoms of British individuals, Junius attacked many individuals highly respected within the Whig firmament. Long subject to speculation, the authorship of these significant and embarrassing political letters is now generally attributed to Sir Philip Francis, a clerk in the War Office - but Thomas Paine, Edmund Burke, Benjamin Franklin and Jean Louis de Lolme have all been identified as alternative candidates.
ESTC T11030.
£ 250.00 Antiquates Ref: 18345
This site uses cookies.Find out more.