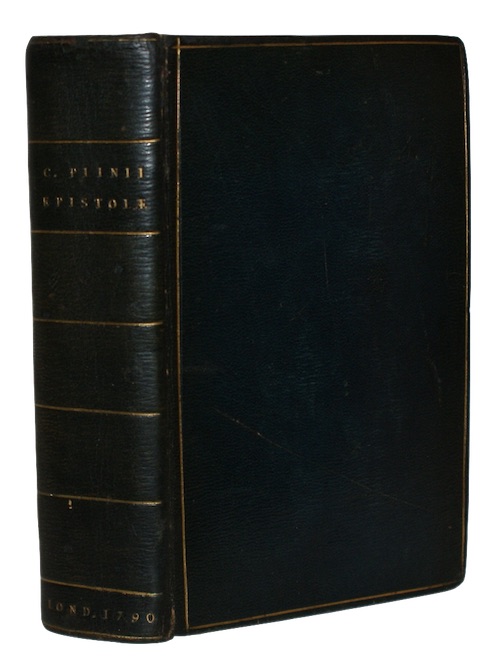 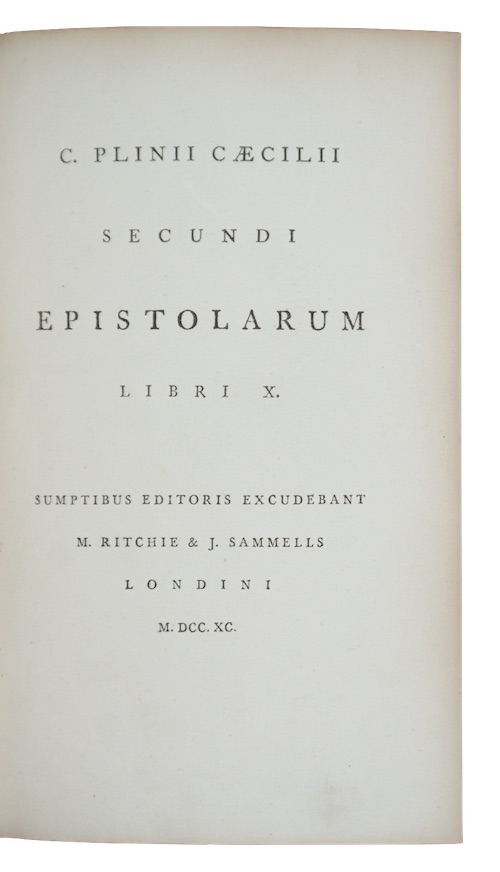 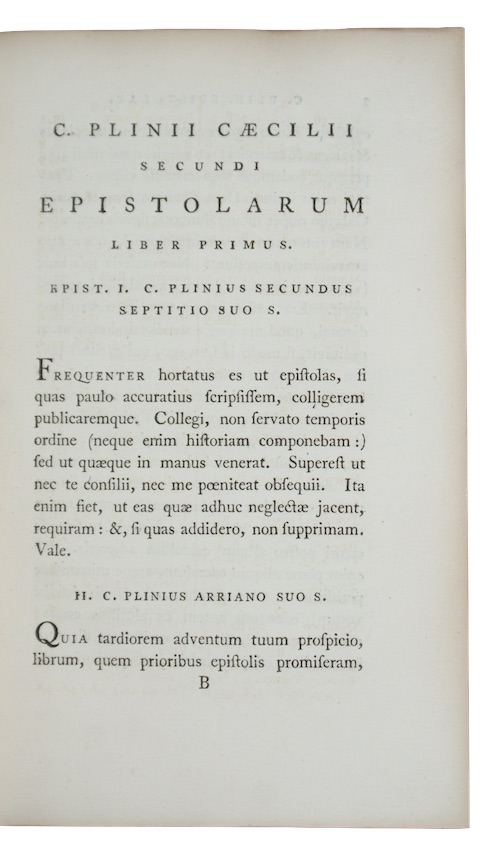 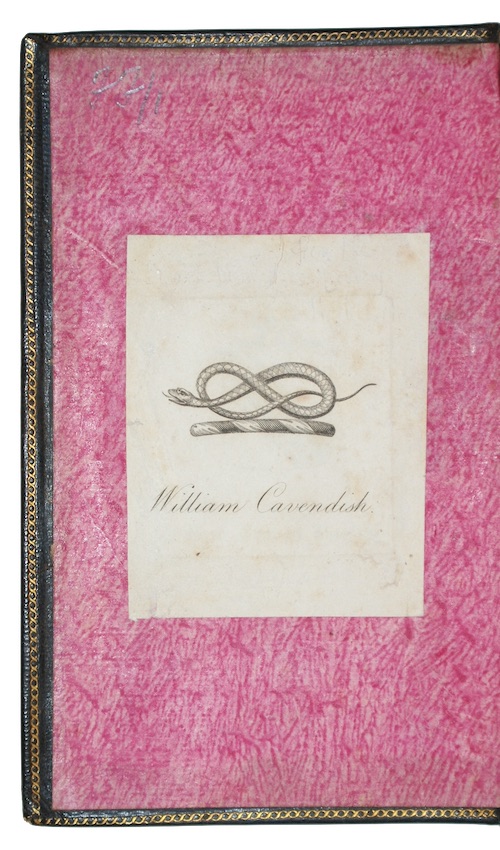 Londini [i.e. London]. Sumptibus editoris excudebant M. Ritchie & J. Sammells, 1790.
Call us Email us
8vo. [4], 484pp, [2]. With a terminal errata leaf. Handsomely bound in contemporary navy morocco, ruled and lettered in gilt, A.E.G. A trifle rubbed. Marbled endpapers, later armorial bookplate of William Cavendish to FEP, inked ownership inscription of Cavendish dated 1824 and recent bookplate of Robert J. Hayhurst to verso of FFEP, internally clean and crisp.
Gaius Plinius Caecilius Secundus, (c.61-c113), administrator of part of the Roman Empire. Pliny the Younger, adopted by his uncle Pliny the Elder, studied philosophy and rhetoric under Nicetes Sacerdos and Quintilian, eventually rising to the political court, where he prosecuted provincial governors on charges of corruption and extortion. He achieved the ranks of both Praetor and Consul (in 100 AD). Friend of Tacitus, Martial and Suetonius, Pliny was likewise a published author with these 10 books of letters, issued between 100 and 109 - collectively they form almost the entirety of Pliny's surviving work and offer a valuable insight into the Roman world of the 1st Century. They deal with various issues, including one of the few accounts of the eruption of Vesuvius made by an eyewitness (for the Younger Pliny had accompanied his uncle and adoptive father) to the area in 79 AD, describing the event in detail in a letter to Tacitus (VI). This handsome copy is from the library of Whig grandee and noted arts connoisseur William George Spencer Cavendish, 6th Duke of Devonshire (1780-1858).
ESTC T133036.
£ 450.00 Antiquates Ref: 19050
This site uses cookies.Find out more.