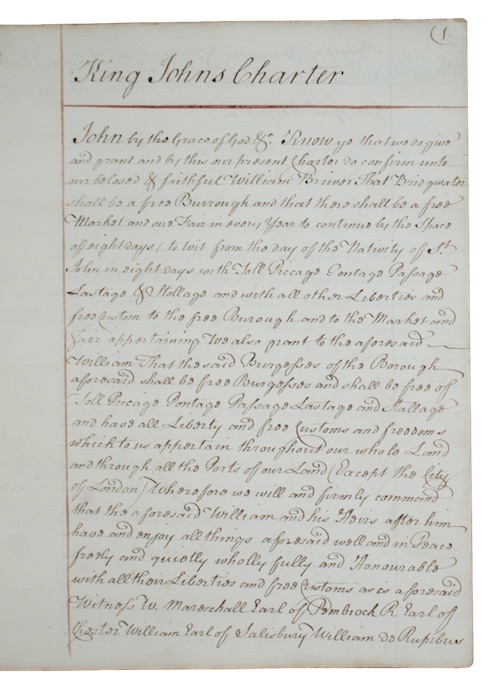 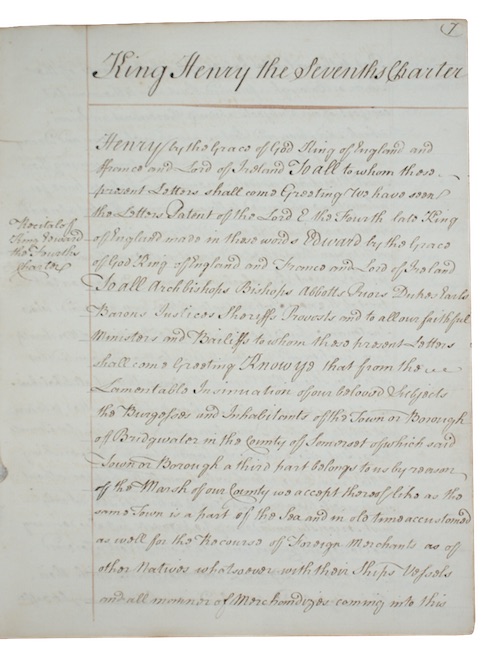 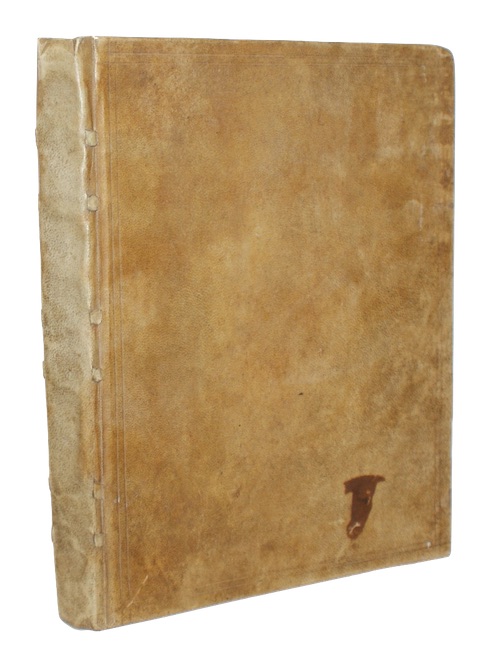 [BRIDGEWATER]. [Borough of Bridgewater charters and oaths of public officals].

[s.i.]. [s.n., s.d., but c.1750?]
Call us Email us
Quarto. Manuscript on paper. 108pp, followed by 31 blank leaves. Eighteenth-century blind-ruled vellum. Slightly marked, a trifle rubbed to extremities, else a crisp copy with some spotting.
A remarkably fine manuscript, executed in a single hand throughout, transcribing the five Borough Charters (1200, 1401, 1587, 1628 and 1678) and Oaths of office for 23 official Borough appointments, for the Town of Bridgewater, Somerset. The oaths, in particular, demonstrate the wide-range of public offices appointed on behalf of the Borough, from the obvious 'Mayors Oath' and 'Constables Oath', to the rather more obscure 'Oath of a Registerer of Leather', the 'Ale Tasters Oath', 'Crane Mans Oath', 'Packer of Herrings Oath' and 'Inquisitor after Flatters of Hides Oath'.

This manuscript is frustratingly undated, and without a distinctive watermark, but is executed in a distinct eighteenth-century hand. We cannot locate any printed reference to the Bridgewater oaths of office, suggesting that this transcription may have been made by a Borough Clerk or Recorder from official Town documents.
£ 1,500.00 Antiquates Ref: 19092
This site uses cookies.Find out more.