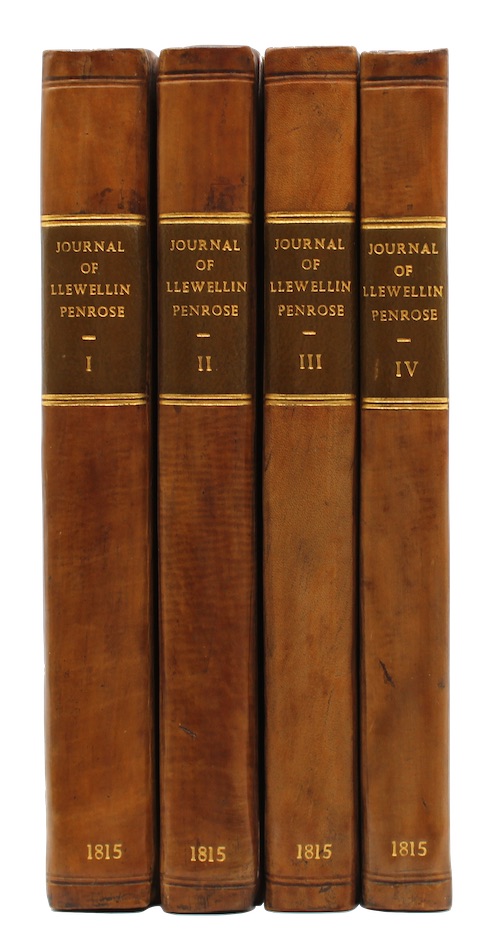 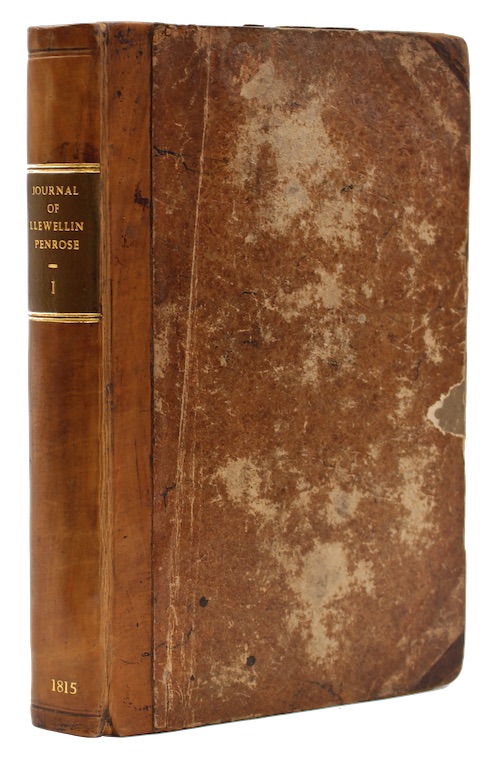 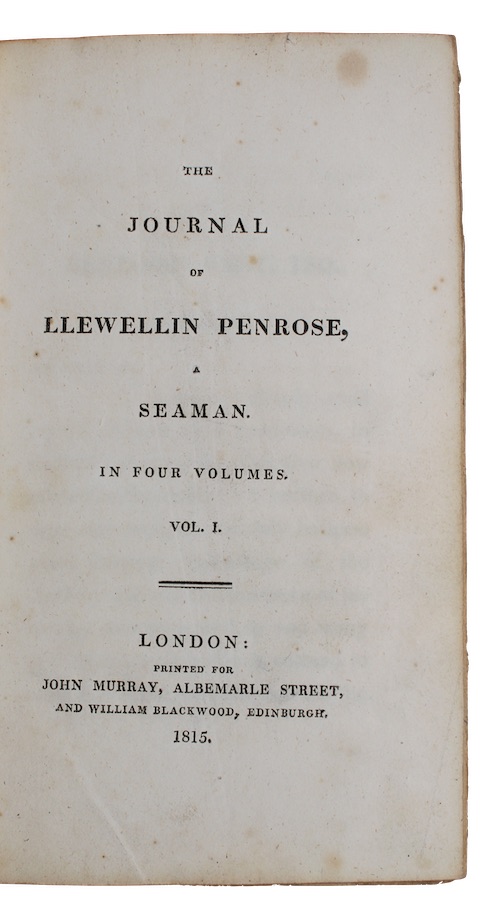 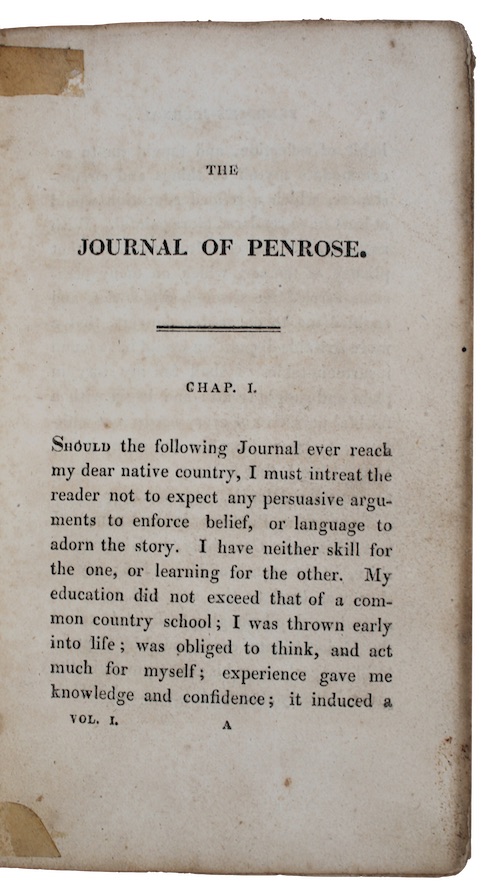 [WILLIAMS, William]. The journal of llewellin penrose, a seaman.

London. Printed for John Murray...and William Blackwood, 1815. First edition.
Call us Email us
12mo. In four volumes. [2], xvi, 239, [1]; [2], 217, [7]; [2], 215, [1]; [2], 197pp, [1]. Contemporary half-calf, marbled boards, recently rebacked. Heavily rubbed. Early book-labels of Abigail Freeth to all FEPs, contemporary inked ownership inscription of Maria Freeth Alleston (?) to FFEP of Vol. I, with recent bookplate of Robert J. Hayhurst pasted beneath, occasional paper repairs to margins of Vol. I, foxed.
The first edition of an autobiographical novel by William Williams vividly narrating his experiences living with the native people in a remote part of the coast Costa Rica, having found his way there after being shipwrecked in the Caribbean. The manuscript of the work, edited for publication by John Eagles, had been given by Williams to his father, Thomas Eagles, who had rescued the unfortunate mariner from destitution. Byron wrote of the novel: 'I have never read so much of a book at first sitting in my life. He kept me up half the night, and made me dream of him the other half'. Robert Lee Wolff (Nineteenth Century Fiction) notes that the book was written between 1747 and 1775, thus making it the first novel to be written in America.
£ 650.00 Antiquates Ref: 21109
This site uses cookies.Find out more.